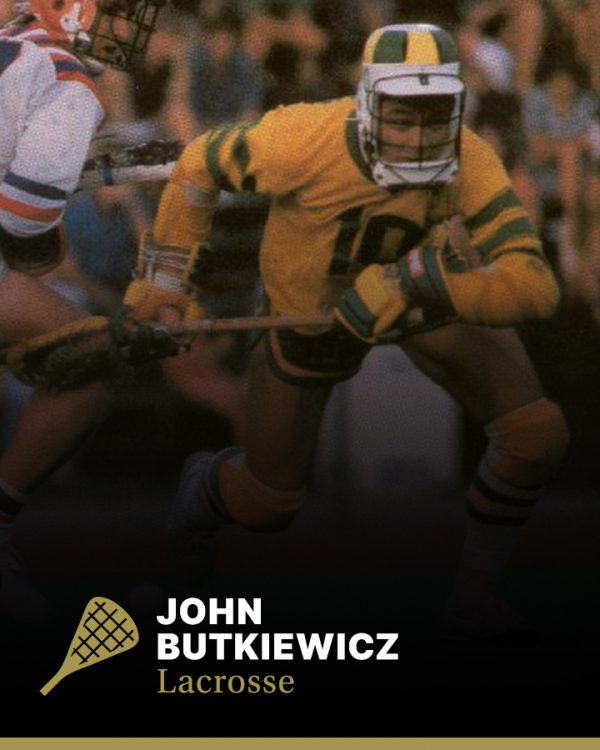 John Butkiewicz was inducted into the Sport Australia Hall of Fame in 1990 as an Athlete Member for his contribution to the sport of lacrosse.

Butkiewicz has been a member of the Williamstown Lacrosse club for over 30 years and started playing at the age of 11. Recently he was given the honour of Life Membership at the club, which has been in existence for over 100 years.

In world lacrosse he was recognised as the leading ‘face-off’ player of his era; however always saw himself first as a midfield. In the ‘face-off’ position Butkiewicz was responsible for fundamentally redefining the concept of play in this position and his methods have been copied extensively. At one stage the United States changed the local rules to remove ‘face offs’ due to Australia’s dominance however that was only short lived. Today ‘face-off’ techniques developed by Butkiewicz are still used extensively both nationally and throughout the world.

Internationally, Butkiewicz represented Australia a record five times at the World Series, an event played every four years. His first was in Melbourne in 1974, followed by Manchester in 1978, Baltimore in 1982, Toronto in 1986, and Perth in 1990. He was voted the world’s best mid-field player in 1978 and 1982 and selected in the World ‘All Stars’ team in 1982. He was also a member of the 1976 touring Australian team.