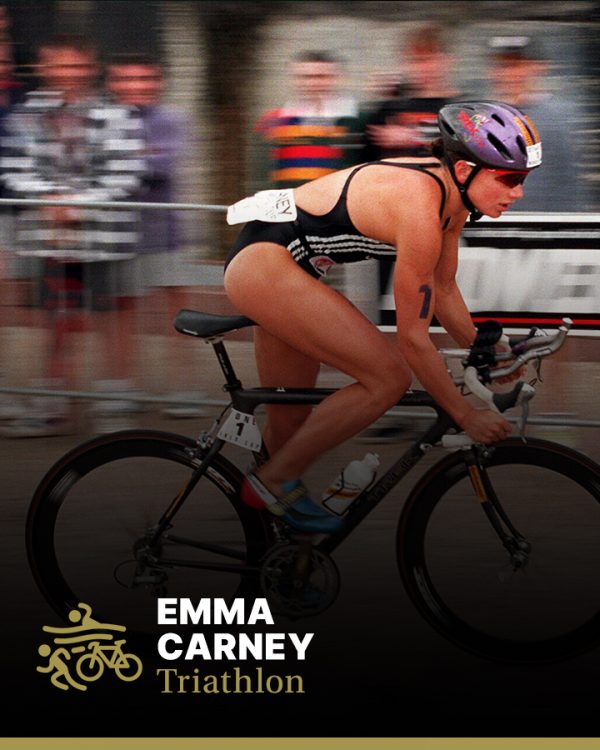 Emma Carney was inducted into the Sport Australia Hall of Fame in 2016 as an Athlete Member for her contribution to the sport of triathlon.

A two-time world champion, three-time world number one and nine-time Australian champion during a trailblazing triathlon career, Emma Carney took the sport to new levels of speed, power and athleticism.

Carney raced her first triathlon in 1993 and competed in her first international triathlon at the world championships in 1994 and won that race by a record margin.

It was the first of two world titles, the second coming in front of a huge home crowd on the streets of Perth in 1997.

Throughout her career Emma was renowned for her explosive bike and run combination which enabled her to dominate her competition. Much of this athletic prowess was thought to be due to her abnormally low resting heart rate (recorded to be below 30) combined with her extremely high lactate tolerance threshold, perhaps allowing Carney to race at her maximum heart rate, with little to no lactate build up allowing her to maintain speed.

Carney was forced to retire, in 2004, when she was diagnosed with a serious heart condition. She had raced with an undiagnosed heart condition for a number of years and still remained competitive internationally. She was initially told by doctors she ‘would never exercise again’, and was fitted with a defibrillator.