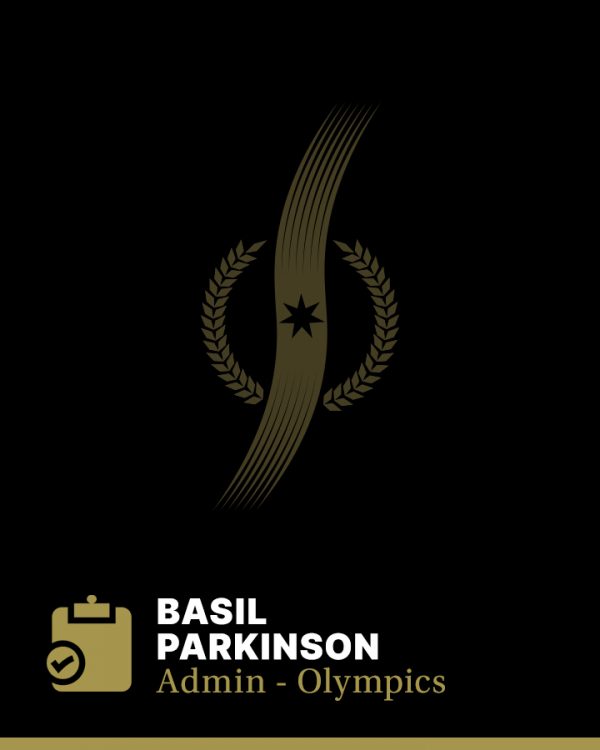 Basil Parkinson was a man of vision and enlightened values, a man who argued over a hundred years ago against the class based definitions of amateurism that existed in older countries.

Born in Lancaster, England, Parkinson was a prominent runner with the Cheshire Tally-Ho Club before his arrival in Melbourne at the age of 21. In 1890 he founded the Melbourne Harriers, the colony’s oldest club, where he had much success as a miler, hurdler, steeplechaser, and cross-country runner, and a year later was the founder of the Victorian Amateur Athletic Association (VAAA).

While coping with law exams, he organised with Richard Coombes the first Australasian championships in 1892 with contenders from New South Wales, Victoria, and New Zealand. He went on to give a detailed briefing to Charles Herbert (secretary of England’s Amateur Athletic Association) as the VAAA’s delegate to the 1894 Paris Olympic Congress in regards to amateurism and the re-establishment of the Olympic Games.

Parkinson believed that there should be no different classes of amateur, as proposed in British cycling circles; there should be no discrimination against manual labourers; a professional in one sport should not rank as an amateur in another; anyone selling prizes, except in the case of absolute necessity, should forfeit amateur status; gate money should never be divided among contestants; and anyone who bet on himself should cease to be called an amateur.

In 1897 he represented Victoria at the first Australian Amateur Conference and was appointed to a select sub-committee (in company with New Zealander Leonard Cuff and Coombes) to make recommendations about sending an Australasian team to England.

He later managed a Victorian team to the Australasian titles in New Zealand, wrote the constitution of the Victorian Amateur Swimming Association, became founding chairman of the Victorian Olympic Council in 1911 and chaired the meeting that founded the Olympic Federation of Australia and New Zealand in 1914.

Parkinson, an absolute enthusiast about every facet of amateur athletics, was Edwin Flack’s close confidant and in 1895 and 1896 maintained close correspondence with Flack in London. It was in fact a letter from Parkinson that clinched Flack’s decision to go to Athens to compete at the 1896 Games, thus giving Australia representation at each and every Olympics.