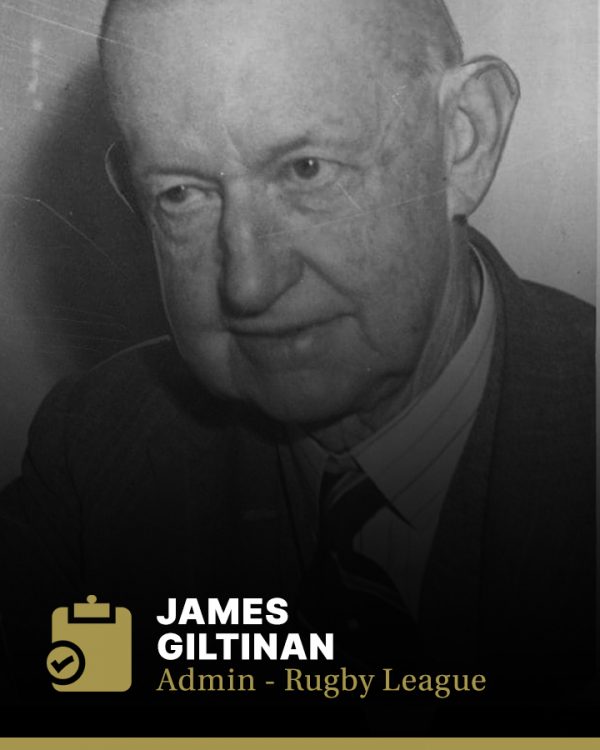 James Joseph Giltinan was a Sydney businessman and sometime cricket umpire who, as founder and secretary of the New South Wales Rugby Football League (NSWRL), organised and financed a Sydney rugby union team to play against the visiting New Zealand professional team en route to England, the ‘All Golds’.

The locals played three games against the visitors under rugby union rules (because no one in Australia knew the rules of rugby league). The visitors won all three games and the exhibition was such a success that it encouraged the Australians to form the NSWRL and start their own competition.

In the winter of 1908, Giltinan’s committee established a local rugby league club competition with nine teams competing in the league and at the end of the first season, Giltinan left with a team of players from both states (NSW and Queensland) to tour Britain. This, the first Kangaroo tour, was not financially sound and bankrupted Giltinan.

Sydney’s premiership competition trophy was named after him until the NSWRL changed the competition’s name to the Winfield Cup.