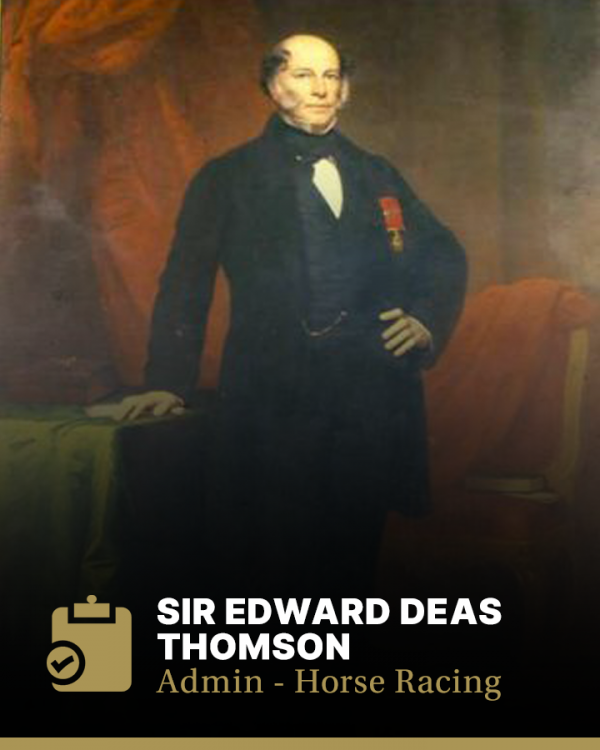 He was a member of the Australian Jockey Club (AJC) during the years in which the club held its meetings at Homebush from 1841 to 1859, but his greatest contribution to the AJC was his role in persuading the colonial government to grant the club permission to lay out a new course at Randwick in 1859. It was Deas Thomson, too, who undertook a tour of the proposed course with the colonial surveyor and staked out the line of running.

In 1859 Deas Thomson was elected the AJCs first President (only later was the title changed to Chairman) serving in that capacity until his death in 1879. As President, Deas Thomson exercised the day to day supervision over the construction of the facilities at Randwick and played a critical role in the club’s emergence as the governing body of Australian racing. In this period the club established a uniform system for registering racehorse names and introduced a professional and thorough handicapping system. Deas Thomson was truly the ‘Founding Father’ of the Premier Club.

In 1874 his long record of public service was recognized when he was appointed Knight Commander of the Order of St Michael and St George, an honour which many in the colony felt had been too long delayed.