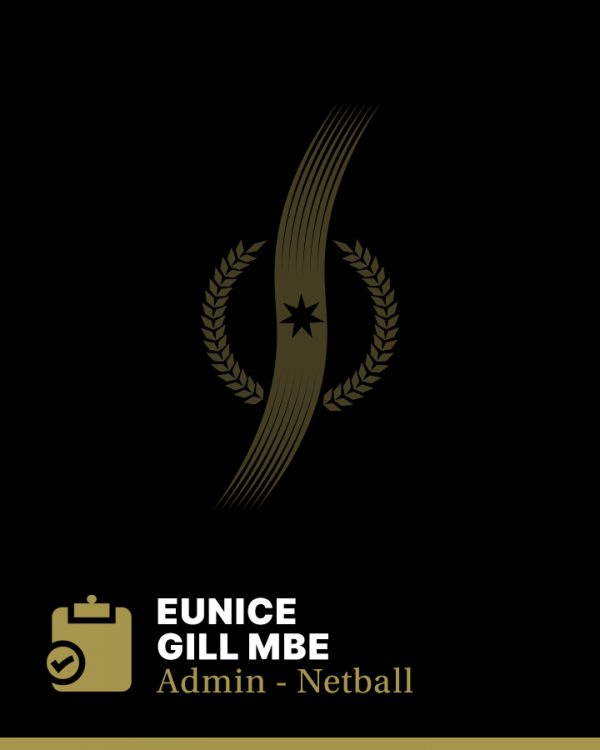 Netball was Eunice Gill’s initial and primary area of sports interest and achievement, but the talents she developed in teaching, administration and policy formulation after she ceased playing at state, national and international levels were of greater long-term significance to the development of Australian women’s sport and sports administration.

Gill played in the Victorian state team in 1945 and 1946 before being made captain of the All Australia carnival team in 1946 and 1947. She was a member of the national team that successfully toured New Zealand in 1948, this being the only international tour between 1939 and 1955. At the age of 36, Gill was appointed coach of the Victorian state team in 1954 and also president of the All Australia Women’s Basketball Association (now Netball Australia). She succeeded Lorna McConchie as coach of the Australian team in 1960, a position she held simultaneously with that as Victorian coach. She was manager-coach of the Australian team that won two of three Tests against New Zealand in 1960.

Gill’s hands-on engagement in sports administration as well as her reputation, wide experience and academic qualifications in physical education led to her selection in 1976 as a foundation member of the board of directors of the Confederation of Australian Sport, a position she held for nine years. In the following year she was the only woman on the handpicked six-member Sports Advisory Council established by the federal government.

In 1982 she was elevated to the vice-presidency of the Confederation of Australian Sport, serving in that capacity until 1986 as well as chairing its Australian Sport Coaches Assembly and, through it, the Australian Coaching Council – responsible for the policies and procedures of the National Coaching Accreditation Scheme overseeing 33,000 registered coaches.

In 1966, Gill was recognised for her work with the AANA Service Award, and in 1983 the IFNA Service Award. In January 1975 she was appointed a Member of the Order of the British Empire (MBE) for services to sport (especially netball), recreation and physical education.