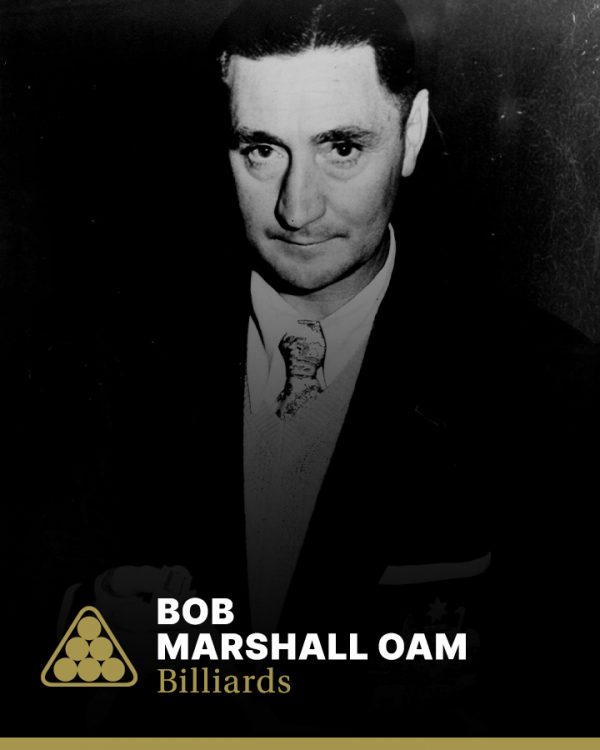 Marshall created two world records in the 1959 Australian amateur title by making 1876, to better his own one-session aggregate set in 1938, and with a combined total of 3391 bettered both his own and Tom Cleary’s records.

He won the Empire title in 1936, regained it in 1938, and won it again in 1951, when play resumed after the war. In 1938 he displayed seven century breaks, another world record. At the 1954 world championships, Marshall was runner up, however he completed 11 century breaks. His highest break in competition play was 702, made during the Australian title in 1953. The break took him just 37 minutes and his personal best was 1056 in 48 minutes.

He originally retired in 1963, but came back to win the nationals in 1969 and 1970. At the age of seventy-five he came out of retirement again, won the national billiards title, and went on to be runner up in the world championships, losing to Indian Geet Sethi who was 50 years younger than Marshall.

He was awarded the Medal of the Order of Australia (OAM) for his services to billiards.