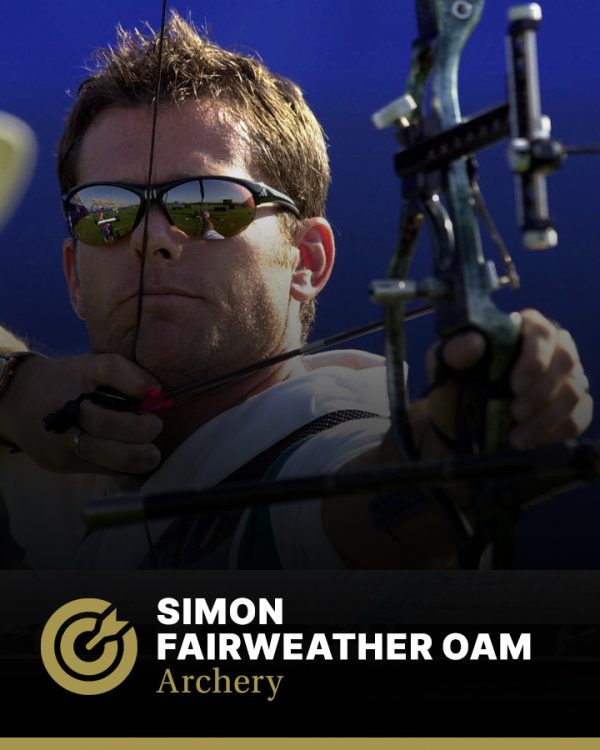 Simon Fairweather was inducted into the Sport Australia Hall of Fame in 2009 as an Athlete Member for his contribution to the sport of archery.

Fairweather burst into the media spotlight when he won Australia its first ever archery gold medal at the 2000 Olympic Games in Sydney. For those who follow archery however, his reputation was assured well before that.

Despite this success at world titles, an Olympic medal frustratingly eluded him in 1988, 1992 and 1996 – which made his victory at the Sydney Olympics all the sweeter.

Simon Fairweather has won 14 Australian national titles and competed at five Olympic Games, his final Games being Athens in 2004. He was made a life member of Archery Australia in 2001 and in 2009 was appointed Australia’s national archery coach.