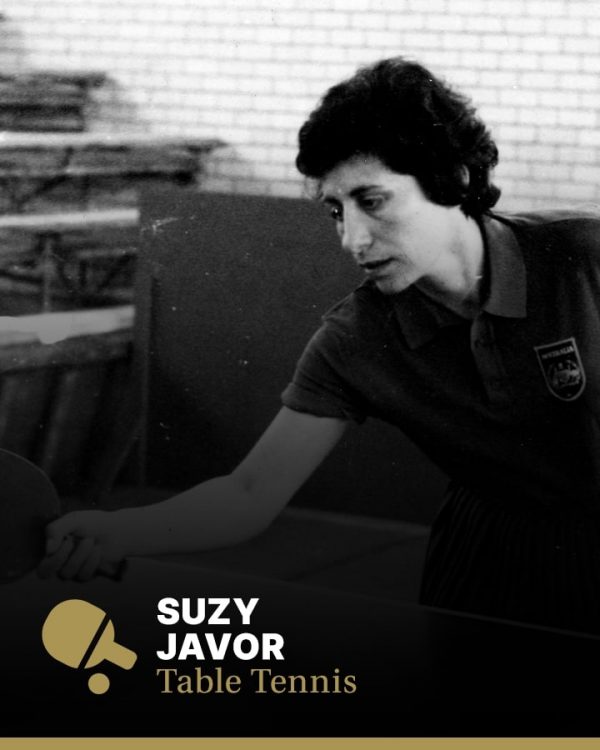 Suzy Javor was inducted into the Sport Australia Hall of Fame in 1986 as an Athlete Member for her contribution to the sport of table tennis.

Javor came to Australia from her native Hungary in 1957 after the Hungarian revolution and was Australia’s most outstanding female table tennis player, achieving number one ranking 11 times.

Altogether Javor won 95 singles tournaments and was runner up only three times. She won 72 women’s doubles tournaments with twelve partners, but mostly with Lorraine Nicholson, and 44 mixed titles. She had 15 winter pennant seasons with Hakoah club for 14 premiership flags, missing only one night when she had influenza. Her record was 655 wins, 16 losses.

Javor had a perfect temperament and encouraged those who played with and against her. She received the Barna award as the Australian player of the year twice. In Victoria she was ranked number one 13 times and she received the French Award for the best player in Victoria seven times.