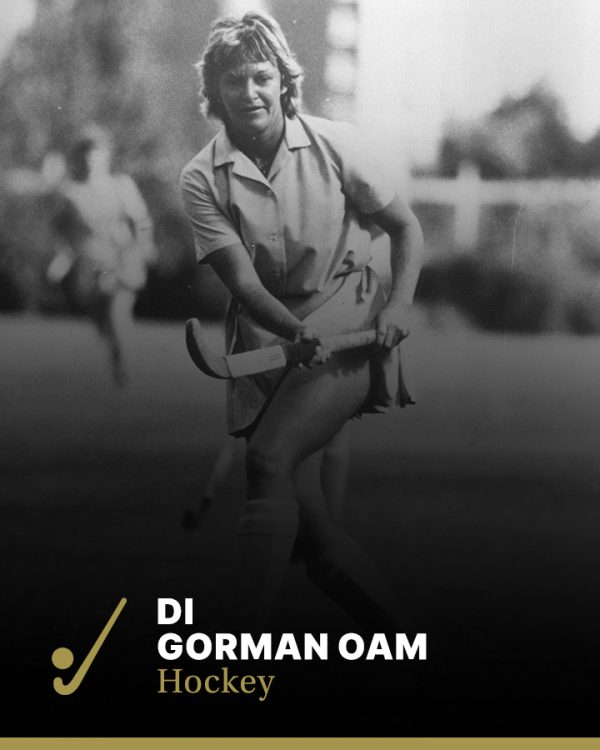 A brilliant attacking centre half, Dianne Gorman represented Australia 72 times between 1972 and 1981, and was a member of every New South Wales and Australian team during that period. Strong and fast and with outstanding ball control, she was always up with the play, in attack or defence, and earned a reputation of leadership by example.

Gorman was chosen as captain of the International Federation of Women’s Hockey Associations world team after the 1979 world titles. The world team competed at a golden jubilee tournament in Scotland in 1980 commemorating 100 years of hockey in the United Kingdom.

In 1981 Gorman captained the Australian team to the World Cup in Argentina and again the team finished fourth. She retired from hockey soon after and became involved in the coaching and selection of junior hockey players.

Gorman received the Medal of the Order of Australia (OAM) in 1986 for services to hockey.