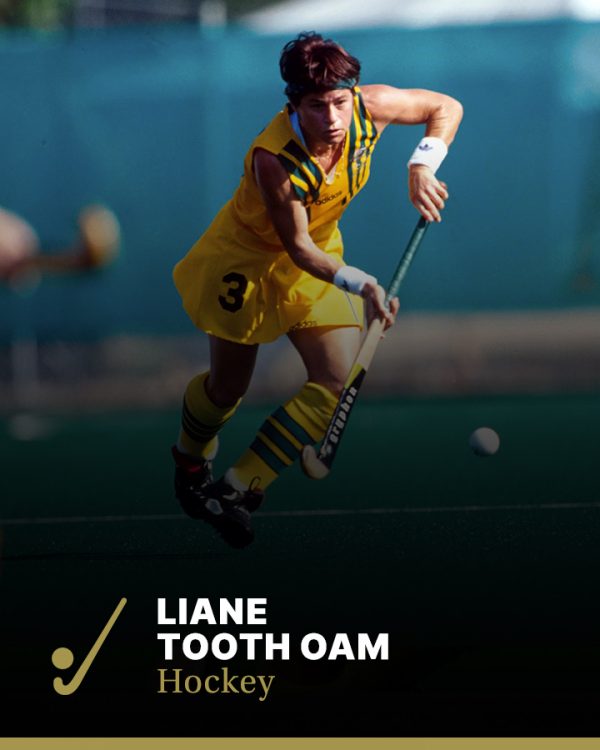 Diminutive in size, Liane Tooth was the stalwart of the Australian hockey defence. Unrelenting and resolute, she was renowned for her match-saving tackles, precision timing, anticipation, courage and commitment to the team.

Liane received recognition for her outstanding record in Olympic competition by being named as the flag raiser at the Olympic Village in Atlanta. In 1994 she was named as a life member of the New South Wales Women’s Hockey Association.

Liane competed in two World Cup competitions, finishing sixth in 1986 in Amsterdam, and winning silver in 1990 in her hometown of Sydney. Her Champions Trophy record (the third most prestigious event on the international calendar) is just as impressive with silver in 1987 and gold from the 1991 and 1993 tournaments.

Liane was at the time of her retirement Australia’s fourth highest capped player, having gone into Atlanta with a tally of 152 internationals and 21 goals.

In August 1997 she was selected on the Australian Olympic Committee’s Athletes Commission, and from 1997 to 2000 was the deputy chair. Liane worked for the Women’s Sport Foundation of Western Australia whose aim is to increase participation and raise the profile of girls and women in sport and physical activity, and to promote women’s achievements in sport and to identify and promote positive role models in sport.

In 1989 Liane was awarded the Medal of the Order of Australia (OAM) for her services to hockey.