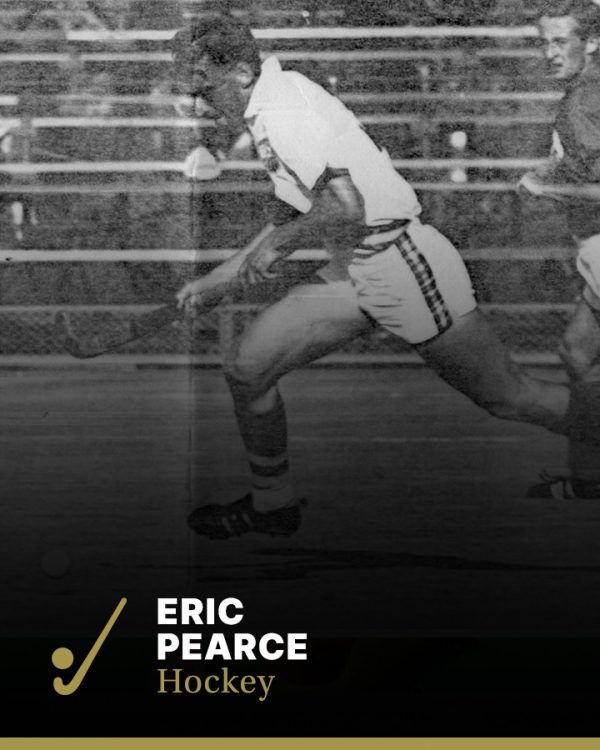 Eric Pearce was inducted into the Sport Australia Hall of Fame in 1985 as an Athlete Member for his contribution to the sport of hockey.

Pearce remains regarded among the finest players in Australian hockey history and is one of five brothers who played for Australia. He was Western Australia’s leading strike forward for 19 years.

The game of hockey in Australia had benefited dramatically, if indirectly, from the partition of India in 1947. After it happened, a large number of talented players were among families of mainly Anglo-Indian origin who migrated to Western Australia. One such household included the five Pearce brothers, Eric, Julian, Gordon, Mel, and Cec, who made an enormous contribution to the development of the game; all but Julian learned to play the game in India, all played for Australia at various times, and they have had the unique experience of all five representing their state in an Australian Championship at the one time. All except Cec were Olympians, having retired before the Melbourne Games in 1956.

Eric, Gordon and Mel were members of the first Australian Olympic hockey team, competing at the 1956 Melbourne Olympics, fondly dubbed ‘the originals’. Eight years later in Tokyo 1964 with Julian, Eric scored two of the three goals to beat Spain and win Australia’s first Olympic hockey medal – bronze. Four years later Eric, Julian, and Gordon were in the silver medal team in Mexico City 1968, where Eric carried the flag in the closing ceremony (the only hockey player to have had such an honour). Eric competed at the 1960 Rome Games with Gordon and Julian, scoring a mammoth eight goals in one game against Japan.

Eric was an outstanding attacking player, and in the 1964 Test series scored the only two goals when Australia to beat Pakistan (2-1) for the first time.