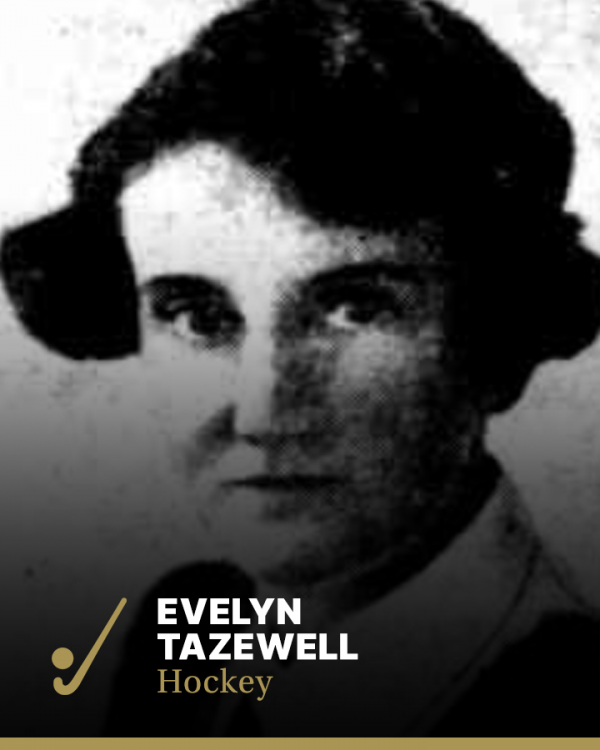 Evelyn Tazewell was the finest women’s hockey player of her time.

Tazewell played for the Aroha club (now Adelaide). She was 24 when she first played for South Australia in 1918, and continued to play for the state until 1936.

A defence player (goalkeeper or fullback), she captained Australian in 1925, 1928 and 1929; was vice-captain on the 1930 tour to South Africa and Europe; vice captain again from 1931 to 1936 when the Australian team travelled to New Zealand and America.

In 1930, she was the first woman to be awarded an Australian umpiring badge and she continued to umpire state and international matches until 1968.