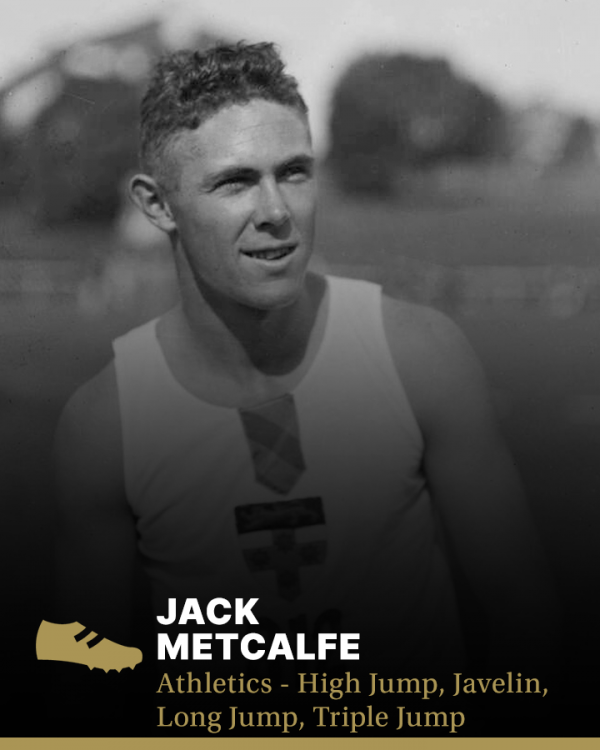 Metcalf was a much underrated athlete. Born in New South Wales, he excelled in the triple jump but was also a world class high jumper and long jumper.

He was the only Australian to win a medal at the 1936 Berlin Olympics, winning bronze in the triple jump with a jump of 15.5m. He finished equal 12th in the high jump with 185cm.

Metcalf, 24 at the time of the Berlin Games, was a law student and coached himself. He had a good friendship with the two Japanese who beat him into third place in the triple jump, Naoto Tajima and Masao Harada. During the previous December, Metcalf had broken the world record of another Japanese athlete, the previous Olympic champion Chuhei Nambu, and been rewarded with a letter of congratulations from Nambu.

In Berlin he trained with Tajima, Harada, and a third Japanese Kenkichi Oshima, and swapped some pointers on style. Others in the Australian field team believed Metcalfe actually improved the technique of Tajima, who went on to break his world record as well as win the gold medal. Two German officials thought he was doing too much to help his opposition and approached the Australian team manager, Harry Alderson, and said they felt they should report Metcalf’s behaviour in coaching members of another team.