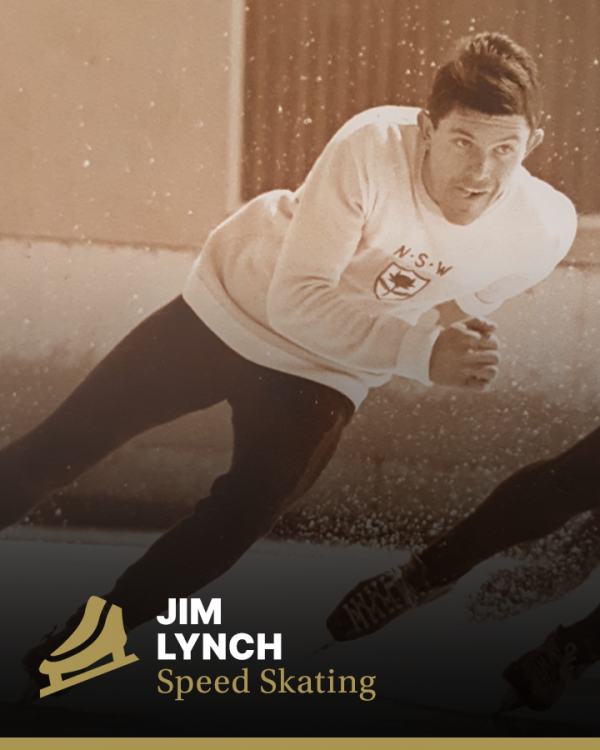 Stepping onto the Bondi ice rink in 1960 at 12 years of age, Jim Lynch’s brilliant skating career peaked with victory in the 1978 world short-track speed skating championship.

He is generally recognised as having put Australia on the international speed skating map. He travelled overseas often, usually by himself in the early days, and caused some surprises on circuits which had been generally unexplored by Australians.

In 1972 he represented Australia at the Sapporo Winter Olympics, competing in the 500m and the 1500m, finishing 41st and 49th respectively. That same year he established a British record over 400m and in 1974 he became the North American 400m champion and record holder. He was North American overall speed skating champion in 1975. He followed up his 1978 world short-track title with another world championship in 1979, over 500m.