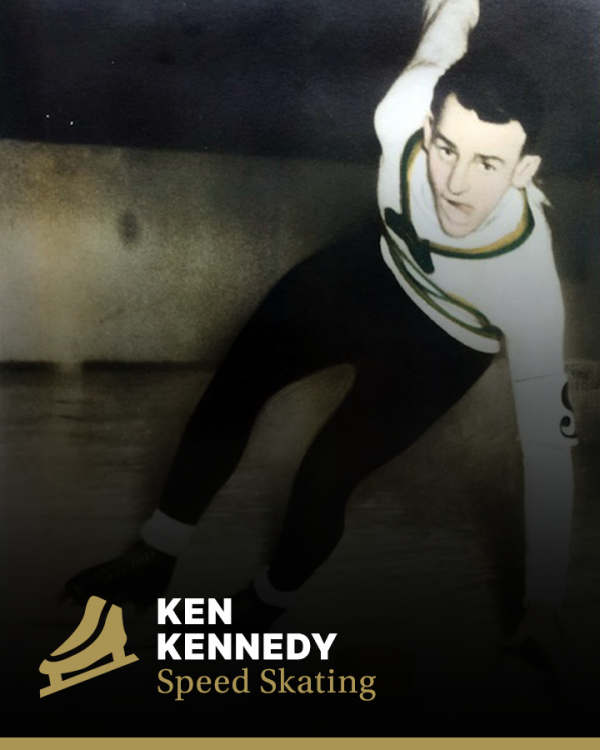 Ken Kennedy was the first Australian to be nominated by the Australian Olympic Federation to compete at a Winter Olympic Games, in his case the Games of 1936 at Garmisch-Partenkirchen in Germany, where he competed in three speed skating events, the 500m, 1500m and 5000m. His best performance was 29th in the 500m, and finished 33rd of 37 in the other events.

Kennedy was the pioneer of a special band of Australian Olympic speed skaters who have had to prepare overseas for their events because of the lack of training facilities in Australia.

Kennedy represented New South Wales in 1931 in ice hockey and speed skating at the age of 17, winning the quarter-mile and half-mile championships. He repeated these victories in 1932, 1933 and 1934. He was also a distinguished indoor skater who won titles in Australia and the British Indoor Championships in record times over 880yds and one mile in 1935 and 1936.

He demonstrated his great versatility on ice by becoming one of the few Australians who have played ice hockey at the highest level overseas, playing with the Birmingham Maple Leafs (England) from 1935 to 1937, when that club was part of the biggest amateur league in the world. While in England, he was nominated to represent Australia at the 1936 Games.

He served in the Royal Air Force throughout the war, returned to Australia in 1946, and renewed his involvement with speed skating and ice hockey. He won further speed titles and represented NSW in ice hockey from 1947 until his retirement in 1953.

His post-Olympic contribution to speed skating and ice hockey was life long. He ran an ice skating equipment business in Sydney into his 70s, served the personal skate requirements of many Australian skaters, and held the position of president of the Australian Ice Hockey Federation. During his term of office as president of both the NSW and Australian Ice Hockey Federations, Australia sent its first ice hockey team to the 1960 Winter Olympics, Squaw Valley, USA, and to the World Ice Hockey Championships in 1962.