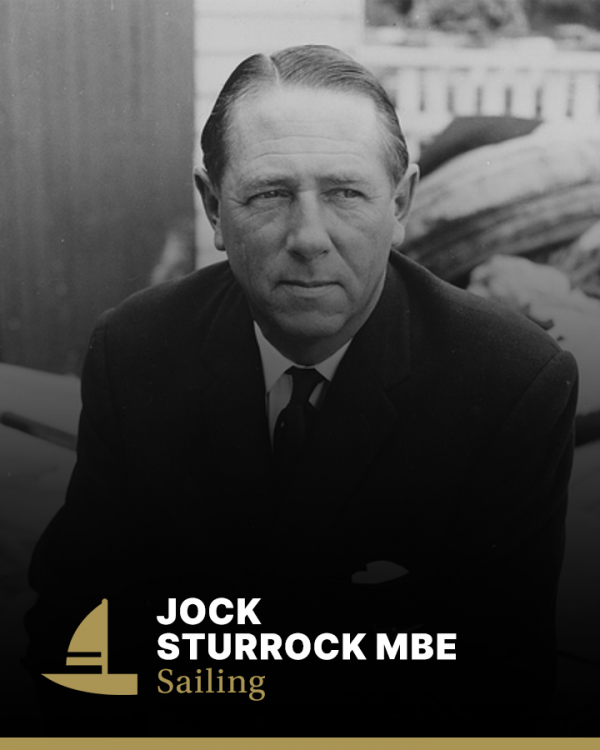 Jock Sturrock was Inducted into The Sport Australia Hall of Fame in 1985 as an Athlete Member for his contribution to the sport of sailing and was Elevated to “Legend of Australian Sport” in 1994.

Sturrock represented Australia in four Olympic Games, 1948 London, 1952 Helsinki, 1956 Melbourne – where he won bronze, and 1960 Rome where he carried the Australian flag at the opening ceremony.

He was the first Australian sailor to represent Australia at the Olympic Games when he and Len Felton finished seventh in the Star Class in 1948. He took part in the next three Olympics, achieving third in the 5.5m class at the 1956 Melbourne Games with Doug Buxton and Dev Mytton on Buraddoo.

Sturrock, who won his first sailing championship at the age of 12, achieved fame when he skippered Gretel in the 1962 America’s Cup. Although defeated four to one by Weatherly, Gretel’s victory in the second race was the first by a challenger since 1934. He also skippered the next America’s Cup Challenge, Dame Pattie in 1967.

He also won the Melbourne to Sydney 600 mile handicap in 1962 on Julie. Sturrock won the Lindy Trophy for sport in 1962 and that same year was named the Australian of the Year and Australian Yachtsman of the Year.

Sturrock was made a Member of the Order of the British Empire (MBE) in 1975 for his services to yachting.