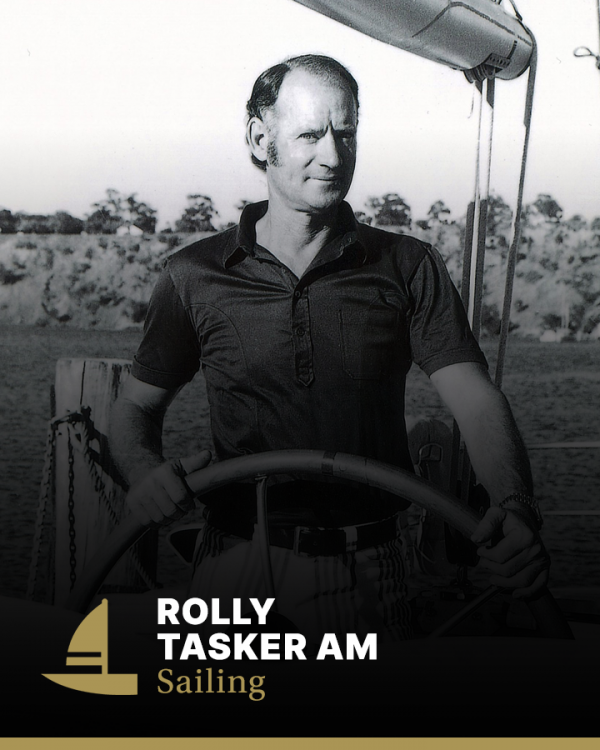 Rolly Tasker was one of Australia’s finest yachtsman, proven by his outstanding achievements. In 1948 he built his third Sharpie “Falcon II” by himself – hull, spars, sails, fitting and rigging, and won 28 championships with it over a seven year period, this feat being an all time record.

From 1969 – 1985 Rolly dominated the WA Ocean Racing scene with his five famous Siskas. Numbers II – V were all built and completely outfitted by himself and he also designed numbers II and IV. With these boats Rolly won every race on the WA calendar more than once. He also set records in all of them, some of which still hold.

His sailing records include the 1978 Sydney Hobart when Siska IV was denied official starter status on a technicality. However she sailed the course starting five minutes ahead of the fleet and finished an amazing 20 hours ahead of Official Line Honours winner “Apollo”.

Other victories included the Fremantle -Geraldton and Fremantle -Bali races.

Rolly became a Member of the Order of Australia (AM) in 2006 for his services to sailing.