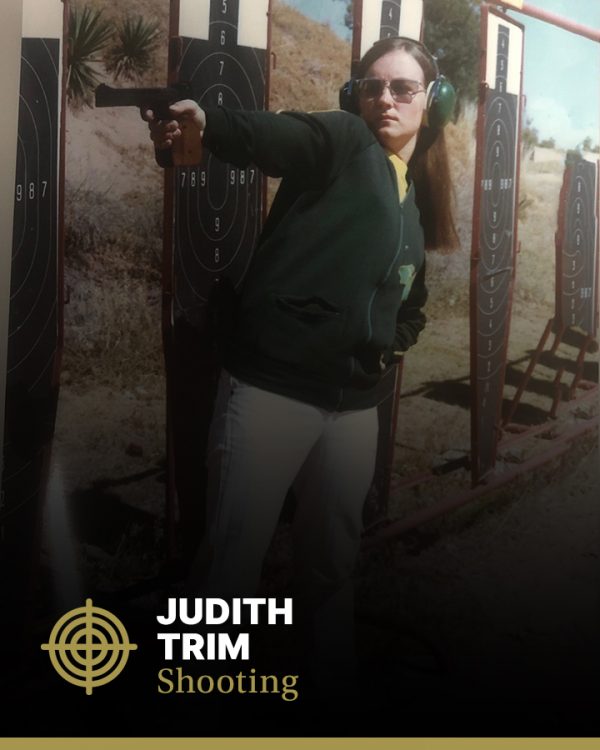 Judy Trim was inducted into the Sport Australia Hall of Fame in 1999 as an Athlete member for her contribution to the sport of shooting.

Trim was just 21 when in 1970 she became the first Australian ever to win the world championship ‘Ladies Standard Pistol’ event. At Phoenix, Arizona, she shot a world record 554 (94, 97, 92, 94, 85, 92) out of a possible 600 after paying her own way to represent Australia. Judy failed to finish in the top three in the Australian titles that year but had competed with a badly cut hand and was given the opportunity of paying for her trip. She is Australia’s only world champion in this event to date.

She was the Australian champion in 1972 and still holds the world standard pistol shooting record. The event was an open event in those days and was contested by both men and women; today it is a male only event so Judy’s record will stand for the foreseeable future.

In 1974 she competed in the “Ladies Sport Pistol” team event at the world championships in Switzerland where they won bronze.