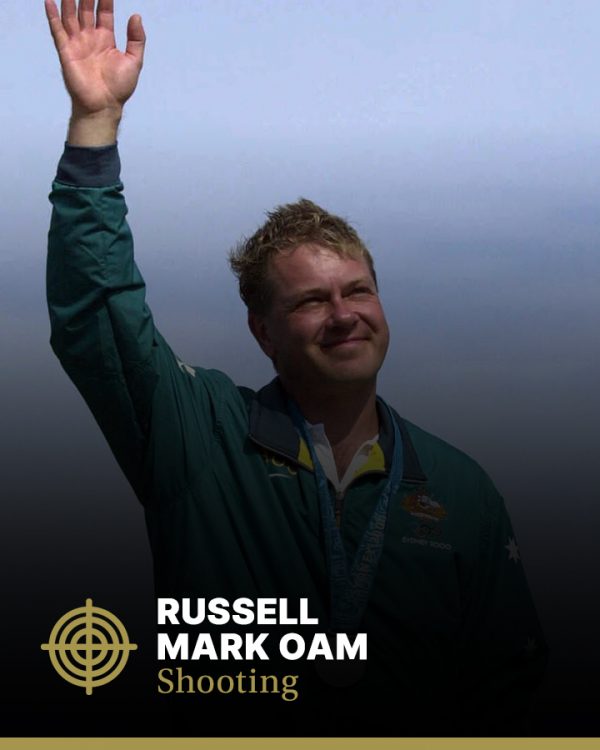 Russell Mark OAM was inducted into the Sport Australia Hall of Fame on October 10 2019 as an Athlete Member for the sport of shooting. In 2009 he was named by the International Shooting Sports Federation as the greatest ever Double Trap competitor and one of the top 10 greatest marksmen of all time.

Mark entered the sport almost by accident when, as a teenager, he injured an ankle in his preferred sport of Australian Rules Football and took up shooting as a diversion while he recovered. By that time, he was hooked on it, having quickly mastered the hand-to-eye co-ordination required to hit two clay targets, ten centimetres in diameter, flying away from the shooter at 100kph, with less than one second to do it.

At the Atlanta 1996 Olympic Games Mark won the gold medal in the double trap, setting a world record of 189 points by hitting 48 of 50 targets in the final round. That made him the first shotgun shooter to win all four of the world’s major individual titles -the World Cup, the World Cup Final, the World Championship and the Olympics. When he won silver in the double trap at the Sydney 2000 Olympic Games, he completed the set of silver medals in all four majors as well.

He competed in 22 world championships, winning two individual titles (1994 and 1997) and two team titles (1998 and 1999), as well as six World Cups and 39 Australian Open Championships, the first as a 16-year-old junior competitor when he also set a national scoring record. He had a run of twenty consecutive years from 1988 to 2007 where he won at least one Australian title each year.

In September 1992 at a major tournament in Tamworth, NSW, he became the first Australian to hit more than 1000 targets in succession. He finished the competition with 1177 hits in a row, breaking his own Australian record of 859 eight months earlier.

In 2009 Russell Mark was inducted into the Australian Clay Target Association’s Hall of Fame as its youngest ever member. In 1997 he was awarded the Medal of the Order of Australia for service to the sport as a gold medallist at the Atlanta Olympic Games.