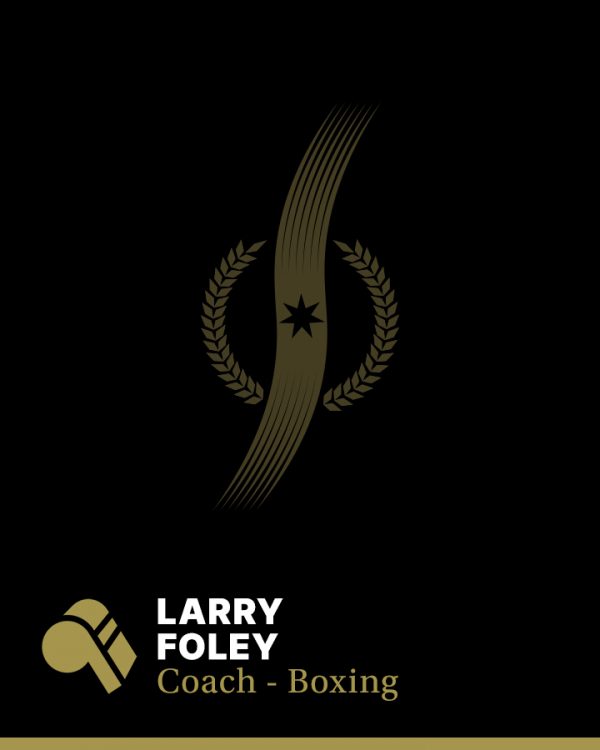 Recognised as the ‘Father of Australian Boxing’, Larry Foley left behind a record almost unmatched in any era of Australian boxing. He was undefeated as an amateur and professional boxer in both the bare knuckle and gloved eras and not only brought respectability to the sport of boxing but trained Albert Griffiths (‘Young Griffo’) to become Australia’s first world professional title holder.

As a young boy Foley became a feared street fighter and ‘Captain of the Push’, the term then used for a gang from Sydney’s The Rocks area. He had his first serious lessons from former bare knuckle champion John ‘Black’ Perry around the mid 1860’s and in 1871 became unofficial bare knuckle champion of Sydney. On March 18, 1871 Foley fought Sandy Ross, the fight lasted 71 rounds before police intervened and Foley gained a moral victory. Foley became a building contractor but had various prizefights and exhibitions, all of which he won or drew, including in 1877 an exhibition with gloves with Jem Mace, the ex-world champion.

Foley had some 22 bare knuckle fights between 1866 and 1879, earning £1000 from his last fight, against the undefeated national champion Abe Hicken. Foley was challenged by Abe Hicken to a bare-knuckle fight for the Australian championship. After abortive attempts to hold it in Victoria, a special train on March 20, 1879 brought 700 spectators from Melbourne to Echuca and they were then ferried into New South Wales. The first round lasted 23 minutes with Foley winning in sixteen rounds, and receiving £600. Foley was acclaimed at each railway station while returning to Sydney where a benefit concert and subscription fund were organized for him.

Upon retirement Foley opened his boxing academy in 1879, and its most famous venue was located in the White Horse Hotel (later known as the White Horse Hall) in George Street. At this establishment Foley taught, trained and guided the careers of such future boxing notables as ‘Young Griffo’, Robert Fitzsimmons, Paddy Slavin, and Peter Jackson. Both ‘Young Griffo’ and Fitzsimmons became world champions. Fitzsimmons went on to win the world middleweight, light heavyweight, and heavyweight titles, and Griffo the featherweight crown. Foley also became a successful promoter at his ‘Iron Pot’ stadium, at the rear of his White Horse Hotel.

Foley made a brief comeback to boxing in 1883 to accept a challenge from William ‘Professor’ Miller, an Australian who had become world famous as a wrestler, boxer, athlete, and strongman. They fought with gloves for 40 rounds before the fight was declared a draw. Miller, in fact, had bested Foley, but Foley was too popular a figure to allow to lose.