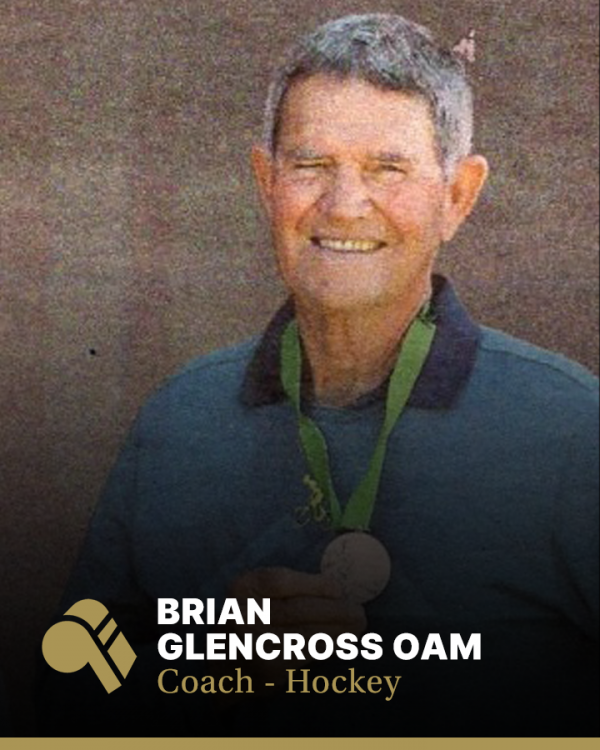 As national and AIS head coach, Glencross began a re-building program. Particular attention was paid to the development of juniors and the training of coaches. Apart from the specialised programs for the national squad, he travelled to all states conducting coaching seminars and clinics with emphasis on the development of potential and talented players.

However, the pinnacle of Glencross’ coaching career came in 1988, where the team took gold at the Seoul Olympics.

In the 80s, a rule at the time stated that only playing members of the team can receive a medal. If there were others in the team who had not had any match time, then they didn’t receive a medal.

At the 1988 Olympic Games in Seoul, Glencross assumed this rule had been changed. When he discovered it hadn’t, Glencross faced one of the toughest moments in his career. There were some players who hadn’t been on the field for the entire tournament. He made the decision to take the world’s best goalkeeper, Kathy Partridge, from the field in the middle of the gold medal final just to give Maree Fish some game time, even just a few seconds. The decision paid off and the team walked away with gold.

In 1990, Glencross was awarded the Medal of the Order of Australia (OAM) for his services to hockey.