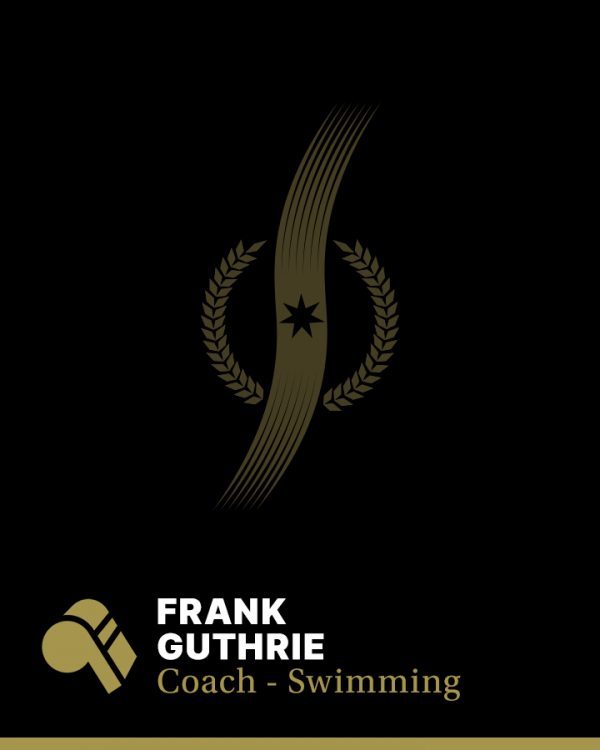 Although his coaching career was cut short by an untimely death at the age of 54, Frank Guthrie accomplished more than most men do in a full lifetime. He helped put Australia on the international map as the premier swimming country during the last half of the 1950s.

Guthrie began his swimming career at age 15 by winning the New South Wales 220yds freestyle junior championship, but within five years he was coaching at Sydney’s Bankstown. His first internationally known pupil was Don Talbot who realised superlative success as a backstroker and who became Guthrie’s assistant in 1950 before building a dynamic coaching career of his own.

Under Guthrie, Lorraine Crapp flourished, setting numerous state, national, and world records as well as winning two gold, one silver at the 1956 Melbourne Olympics and one bronze at the 1960 Rome Games. She also won two gold at the 1954 Vancouver British Empire and Commonwealth Games.

In the lead up to the 1956 Olympic Games, the swimming squad travelled to Townsville, Queensland, to begin its swimming program. The swimmers worked out each day for twelve weeks against a pace clock at the Tobruk Memorial Baths under the supervision of coaches Frank Guthrie, Harry Gallagher, Forbes Carlile, and Sam Herford. The rivalry between coaches was such that one would spy with binoculars on the training sessions of another from a hill overlooking the pool. It was at times unfriendly but it achieved results. During a single carnival in Townsville, the swimmers broke 13 Australian records and six world records.

Although Guthrie generated a long list of world class aquatic athletes, he was also an innovator in the sport. He helped pioneer the application of interval training, which had been initiated by fellow countryman and sports scientist, Frank Cotton.

Guthrie gave freely of his ideas. He toured Europe and the United States, but never left his swimmers for too long as there were more world records to set. As Australia’s Olympic coach in 1956 and 1960, he is remembered as the leader of Australian swimming who produced magnificent teams of young men and women who set new standards in swimming.