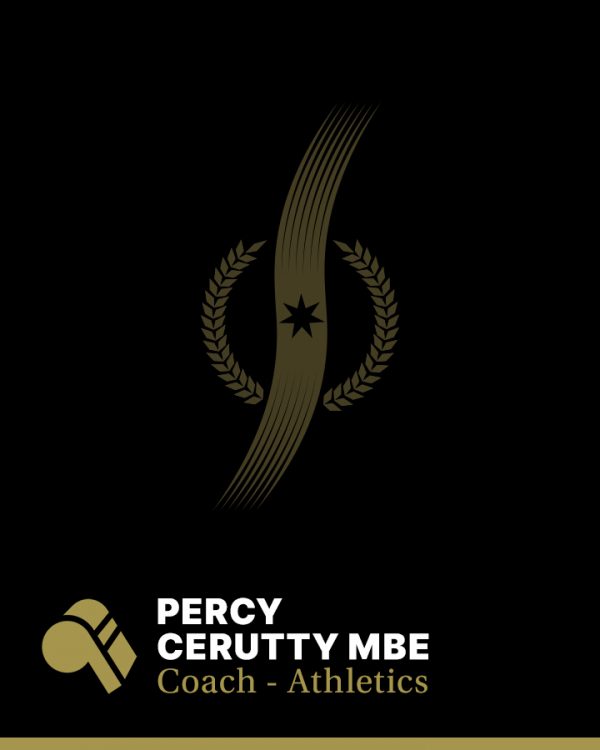 Percy Cerutty was Australia’s most enigmatic, pioneering and controversial athletics coach. He is best remembered as the exhibitionist eccentric of the Portsea sand hills who controversially trained the likes of John Landy, Herb Elliott, Dave Power and later Betty Cuthbert in the Golden Age of Australian athletics in the 1950s and ’60s.

A frail youth who was declared unfit for military service, Cerutty competed for Malvern Harriers until 1918, but had an undistinguished athletic career: he suffered migraines and was often violently ill after races.

After a complete breakdown at the age of 43 (1938), Cerutty set about reconstructing himself through natural diet and violent exercise. His recovery period became a period of self-examination, during which he walked, read philosophy, psychology and poetry, wrote the first of some two hundred poems, joined a weightlifting club and resolved to resume running.

Contemptuous of doctors, he decided to take charge of his own health, and applied himself to alternative medicine and natural diets, boasting that he had ‘completely rebuilt’ his body.

From 1942, in his second athletic career, Cerutty applied himself to the problems of conditioning the body for intensive running. Competing again for Malvern Harriers, he competed in over one hundred races. He retired from running in 1950 as the state marathon champion, having set Australian records for 30, 50 and 60 miles (48, 80 and 97 km).

In 1946 Cerutty bought land at Portsea. After working on the property at weekends, he retired in 1959 to his shack among the sandhills, gave it the grand name of the International Athletic Centre and devoted himself to the task of coaching. His sheer success, and the passionate, eccentric method of it, made him an international celebrity. He trained dozens of fine runners, among them Herb Elliott, John Landy, Les Perry and Dave Stephens, and helped other champions, including Betty Cuthbert, Russell Mockridge and Jimmy Carruthers.

Cerutty worked on the bodies and the minds of his charges. He made them read Plato, poetry and the Bible, fed them raw oats and wheat germ, sent them on punishing runs through tea-tree scrub and rugged, sandy terrain, and insisted that they set goals which could be achieved only by pain and sacrifice. He made them swim year-round in the ocean and shed all their clothes in the open at least once a day. He saw it all as a process of physical and mental conditioning, based on what he called a ‘Stotan’ creed—his own special mix of Stoic and Spartan disciplines, which required all disciples to give up smoking, animal fats, salt, liquor, and processed foods.

Prickly and argumentative, Cerutty sometimes attempted to taunt the best out of his athletes. He said that he needed to enter their personalities. Some, like Landy, resented the intrusion and left; Cerutty never forgave them. Although Landy achieved his greatest success after breaking away, he always acknowledged a debt to Cerutty’s early inspiration and conditioning. Elliott, his greatest pupil, absorbed all the Cerutty teachings. As Elliott matured, he was able to laugh at his mentor’s excesses, but he also wrote: ‘Percy helped me… by releasing in my mind and soul a power that I only vaguely thought existed’.

Cerutty saw himself as a visionary with a noble mission. Some observers accepted his own view that he was a genius of sorts; others branded him an exhibitionist, a crackpot, a nuisance and a publicity-seeker. His behaviour was often unconventional: he stood on his head at a garden party, danced a jig on championship arenas, challenged the Chairman of a television panel to a fight, was evicted often from Commonwealth and Olympic games villages, and wound up in police custody as Elliott scored the triumph of his career by winning gold in the 1500m, at the 1960 Rome Olympics.

Between 1959 and 1967 he published six books on his training techniques. In 1969, at the age of 74, he claimed that he was sick of running up sandhills, and ceased training athletes. Cerutty died at age 80 of motor neurone disease -without even thinking he was ill until the end.

Cerutty was appointed a Member of the British Empire (MBE) in 1972 for his services to sport and physical fitness.