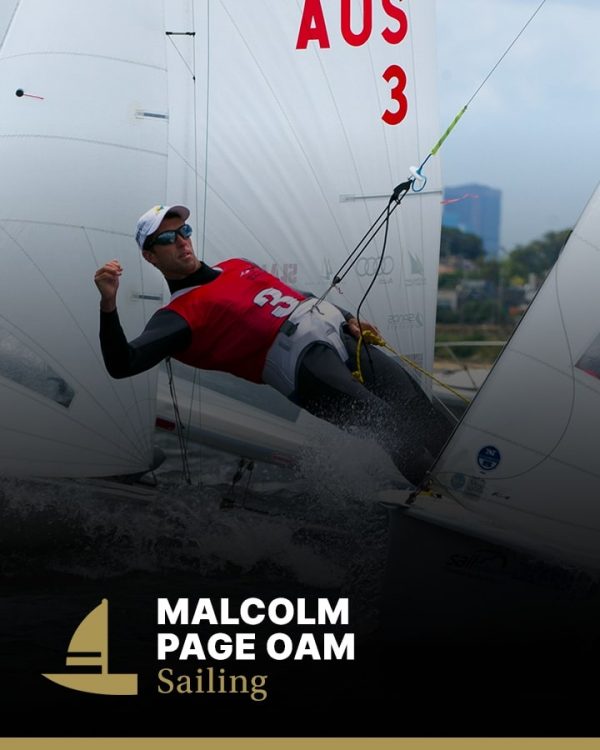 Malcolm Page OAM was inducted into the Sport Australia Hall of Fame in 2016 as an Athlete Member for his contribution to the sport of sailing.

A dual Olympic champion and seven-time world champion, Malcolm Page dominated the men’s 470 class for almost a decade and is one of Australia’s most successful Olympic sailor. The Australian sailing team captain from 2005 to 2012, he was the only Australian athlete to defend an Olympic title at the London Games and was chosen to carry the Australian flag at the closing ceremony.

Growing up on Sydney Harbour, Malcom Page began sailing at the age of eight and went on to become one of the most decorated Australian sailors of all time.

After narrowly missing selection for the 2000 Olympic Games in Sydney. Page joined with Nathan Wilmot and the pair went on to win the 2004 world championship before finishing twelfth at the Olympic Games in Athens.

World titles in 2005, 2006 and 2007 followed in the 470 class and at the Olympic Games in Beijing in 2008, under the tutelage of Sport Australia Hall of Fame Member and master coach Victor Kovalenko, the pair won Olympic gold.

Page was captain of the Australian sailing team from 2005 to 2012 and he returned for his third Olympic appearance in London, this time with partner Mathew Belcher. The duo had already collected the 2010, 2011 and 2012 world titles and they produced a stunning display in the waters off Weymouth to record five wins heading into the gold medal race – where a second place was enough to secure the gold medal.

Page was the only Australian athlete to defend an Olympic title at the London Games and was chosen to carry the Australian flag at the closing ceremony.