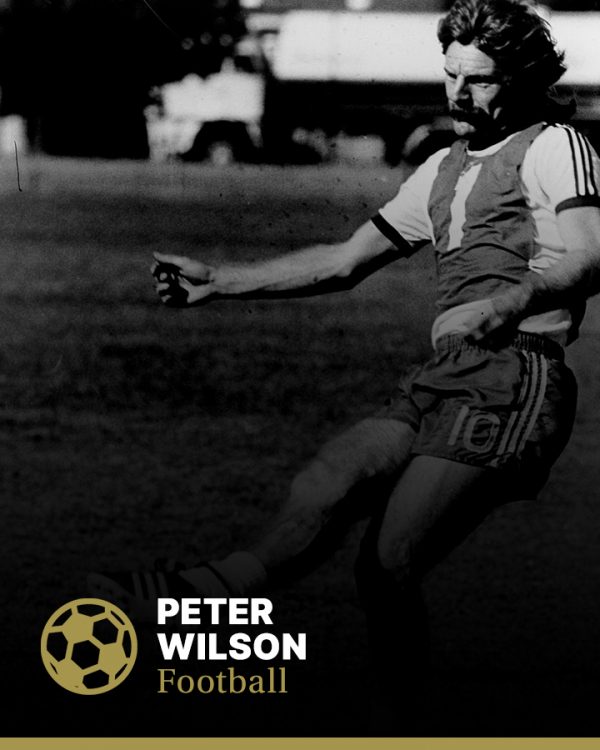 Peter Wilson was inducted into the Sport Australia Hall of Fame in 1985 as an Athlete Member for his contribution to the sport of football.

Peter Wilson, an expatriate Englishman, was one of the most dominant players in Australian soccer, playing from 1969 to 1982. Nicknamed ‘Big Willie’, Wilson was one of the toughest defenders in the modern era.

Born in Newcastle, England, Wilson joined Middlesborough as a 15 year old in 1966 and stayed there for two years, playing only one game in the senior side before joining Gateshead in 1968 for the year. He started his career as full back but injury to another player switched him to sweeper where he was most successful.

With his English career at a crossroad, he immigrated to Australia in 1969, and joined South Coast United. He helped lift the club from near the bottom of the ladder to a premiership win in his first year, and scored one goal in 1970. He later captained the club.

He played with Marconi-Leichhardt in 1972, playing in the Waratah State Cup (runners up 1972). Wilson joined Safeway United in 1973 and was appointed player-coach in 1974, for 28 games.

In the Test match between an Australian XI and an English FA Selection team on June 13, 1971, Wilson wore the captain armband for the first time. His first official A International game as captain followed shortly after against Israel in November. Australian coach at the time, Rale Rasic, recalls the naming of Wilson as the new captain one of the best decisions he ever made in his long coaching career. In 1973 he led the Socceroos to the Asia/Oceania Championship in 1973. No player has captained Australia more times. After Wilson is: Paul Wade (46), Alex Tobin (31), Charlie Yankos (30), John Kosmina (24) and Johnny Warren (24).

But Wilson’s biggest achievement was in 1974, when the Socceroos reached the Football World Cup finals in Germany. It was the first time Australia was represented in this gigantic contest and he led his country in the biggest of football battles. In one of the later games, he led an heroic defensive action against East Germany, one of his best games ever. After the Cup, he received rich offers from clubs in England and Germany, but he decided to stay in Australia.

After his efforts at the World Cup, some European newspapers rated him amongst the greatest players in the world at the time. Wilson was well known as a hard, uncompromising, but never dirty player. He was a thumping header of the ball and tackled ferociously. Yet, off the field, he was a quiet, modest, restrained, and unassuming person.

Despite his birth in England and immigration to Australia, for many years after his career had ended he said that the captain of the Socceroos should be Australian born. But players swore by the strength of his leadership. In negotiations for his team with management, Wilson was considered persistent and unyielding. Even today, his teammates and coaches of those years praise his application.