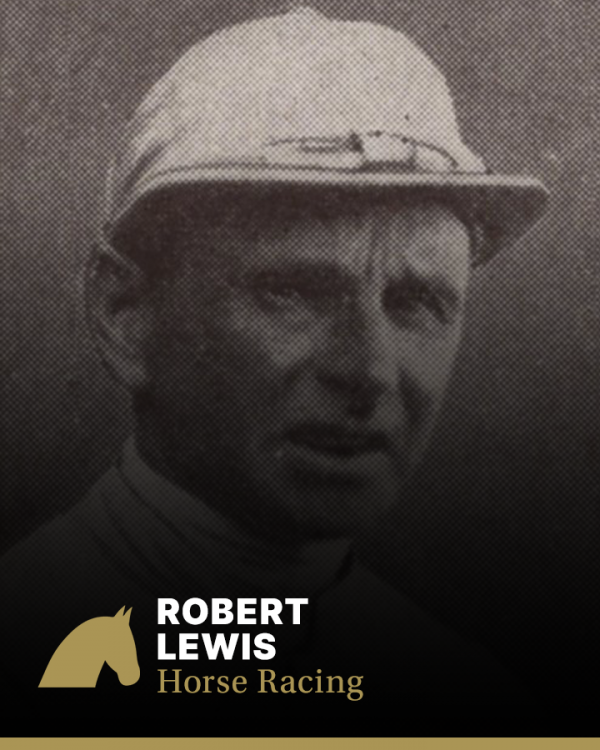 Bobby Lewis took to horses early, though forbidden by his father to ride with a saddle. His older brother taught him how to handle horses and in later life Lewis was a keen student of breeding and an acknowledged judge of horseflesh.

Lewis won his first race on the Clunes course in 1892 and his first metropolitan in Melbourne in 1895. In 1899 he went to England with his trainer J. E. Brewer but, homesick, quickly returned to resume a 40 year association with the master-trainer Jim Scobie. With Eric Connolly and Scobie, Lewis made up a trio which for over a generation dominated the Victorian racing world. Lewis was soon acclaimed by many connoisseurs as the finest jockey they had ever seen. Always physically fit he seemed to have immense power in his meagre frame. According to Scobie he never ‘knocked a mount about’ but rode with heels, hands and head. A brilliant judge of pace in a race, he enjoyed a good view of proceedings as he rode long and was himself clearly seen above the other jockeys. He won the Victorian Jockeys’ Premiership twice in 1901 and 1912.

Abstemious but jovial, loyal and utterly dedicated to his profession, ever ready to share his knowledge with younger riders, Lewis was only once suspended, at Randwick in 1925, when the general impression was that no fault lay with him. He handed in his licence in 1938 after 46 years in the saddle to become a grazier with properties at Glenroy and Ferntree Gully.