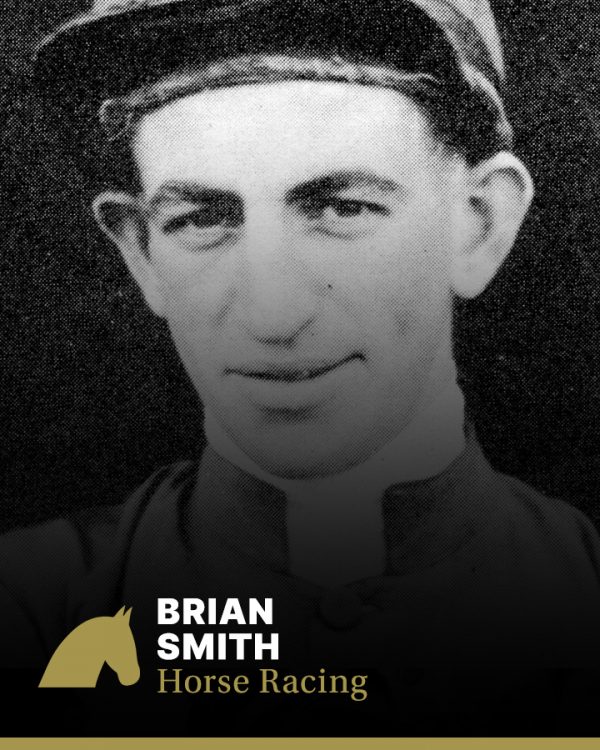 Brian R Smith as a cross country rider was styled by the press of the day as the ‘Bradman of the jumps’.

In July 1956, Brian rode three winners over jumps at Flemington. A feat previously performed by only two other jockeys (Adam Gordon in 1868 and Tommy Corrigan in 1881). On this occasion the entire jockeys room welcomed him with a standing ovation, an unprecedented tribute from colleagues. That same year, he also won the grand national hurdle on ‘Redfield’.

His other great achievements include winning five VATC Australian Steeplechasers and three Grand Annual Steeplechasers at Warrnambool. He headed the Jumping Riders Premiership on eight occasions and won 11 hurdle races in a row, and a jumping race at fourteen successive meetings.

The tragic fall that ended his career in 1959 and his subsequent fight to survive moved the sporting public of Australia deeply.

Before the emergence of Brian Smith, rumors abounded regarding the complete honesty of cross country racing. Brian changed all that, bringing the jumping scene back to prestige, as he became an idol, not only to the punting public but also to his rivals in the most dangerous of sporting professions.