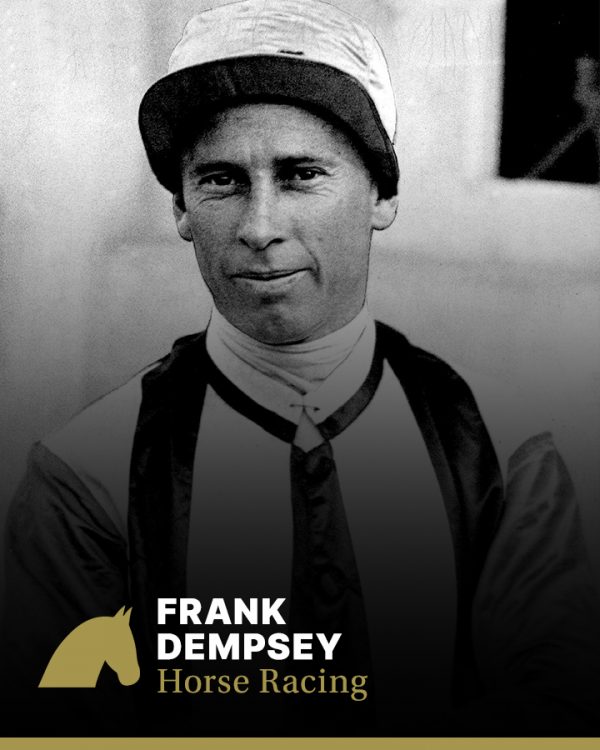 Frank Dempsey was one of Australia’s greatest lightweight jockeys and was a gentleman of the turf. He had a flair matched with a unique ability that gathered widespread respect and many great wins in Australia and England.

Invariably described by his rivals of the time as the most classical jockey in Victoria, Dempsey had his first ride as a 10 year old apprentice to his father Tom Dempsey in 1909, and his last at the age of 40 on July 29, 1939. In his first season as a jockey in 1914/15, he rode 12 winners.

He won the Victorian Jockeys Premiership on five occasions (1916, 1917, 1918, 1919, and 1924), twice as an apprentice, an accomplishment unheard of at the time. Dempsey had a long and successful association with the powerful stable of Jack Holt, the ‘Wizard of Mordialloc’ in the early 1920s. The pair became the most formidable combination in Victorian racing.

Dempsey had some success in England in the 1920s and rode in the era of such great jockeys as Jim Pike, Bill Duncan, Darby Munro, Bobby Lewis, Billy Cook and Frank Bullock. He became a starter at Melbourne racecourses after his 30 years in the saddle.