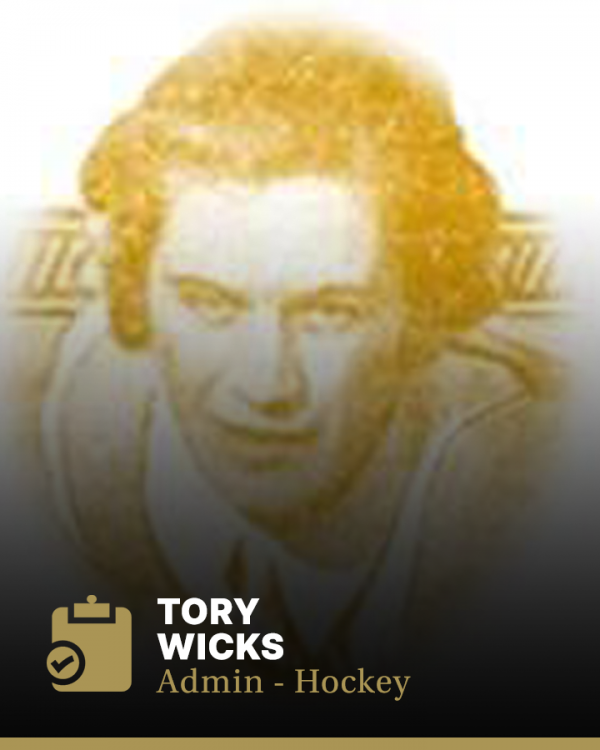 Pretoria ‘Tory’ Wicks had an impressive career playing hockey in the 1920s and 30s including captaining the first Australian team to tour overseas in 1930. She went on to serve in senior positions for state, national, and international hockey associations.

Selected for the New South Wales team in 1923, Wicks was chosen for the Australia women’s hockey team two years later. She remained a member of both teams almost continuously until 1935. When an English touring team visited in 1927, she was Australian vice-captain. In 1930 Wicks led the Australian team as captain on its first international tour, to South Africa, Britain and Europe. A physically fit and reliable player, she used her keen sense of anticipation to direct the team from her position at full-back. Although the primary purpose of the tour was to absorb ‘technique and tactics’ rather than to win, Australia recorded its first international victory against Ireland.

In 1935 Wicks captained Australia against New Zealand before retiring from international hockey. She earned the All Australia badge in hockey umpiring in 1936, setting and maintaining high standards. She was involved with coaching for over 45 years and regularly travelled to country centres to coach players and umpires.

In 1953 and 1956 she was elected honorary secretary of the International Federation of Women’s Hockey Associations (IFWHA) and was made vice-president of IFWHA in 1955. Her contacts proved invaluable. She successfully lobbied to hold the triennial international tournament in Sydney in May 1956. For three years she worked tirelessly, often until 2am, to co-ordinate the tour, turning her family home at Bondi into the hub of hockey administration. In an era of strictly amateur sport, she raised the £30,000 necessary to host nine international teams for a fortnight’s matches followed by a three-month goodwill tour of country centres and cities across Australia.

Wicks was a life-member of both the NSWWHA and the AWHA. She never retired from promoting the game she loved. Wicks was a foundation member and delegate to the NSW Women’s Amatuer Sport Council. The naming of the Tory Wicks Memorial Playing Field at Ryde was a tribute to her tenacity of purpose and ideals. In 1977 Wicks was made a Member of the Order of the British Empire (MBE) for her services to hockey.