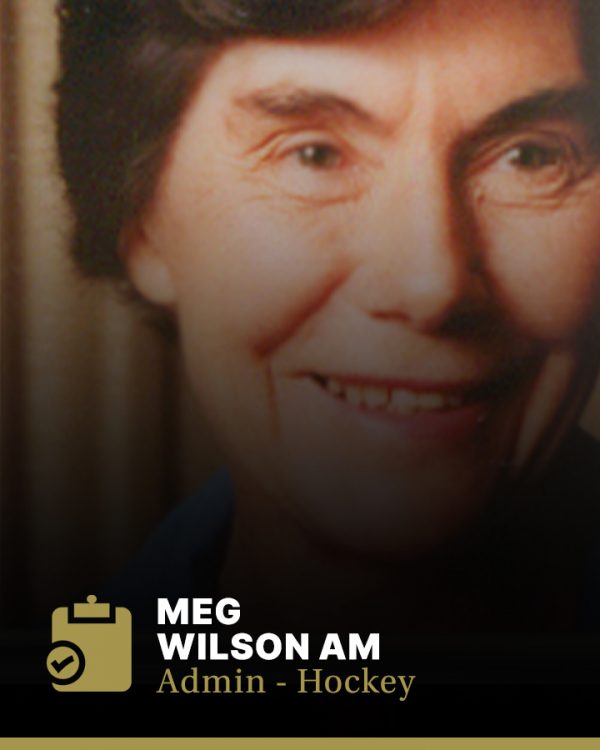 Meg Wilson travelled the world as an ambassador, tirelessly promoting hockey and Australia. She was appointed as the first Australian Women’s Hockey Association (AWHA) representative to the International Hockey Federation Council (FIH) in 1986 and quickly earned the respect of other representatives.

After a successful playing career where she played for both Tasmania and Australia, Wilson became a state A Umpire, and coached and managed the Australian team at the IFWHA Tournament in 1975.

Wilson then moved into the administration of the sport, where from 1985 until 1996, she was President of the AWHA, and from 1966 to 1989 was president of the Tasmanian Women’s Hockey Association (TWHA). She is a life member of both organisations.

Wilson was also vice president of the Oceania Hockey Federation and from 1965 to 1985, was a selector for the AWHA and convenor of the AWHA Selection Committee from 1974 to 1985. She also sat on the board of the Tasmanian Sports Institute.

Wilson’s concern for the sport at all levels saw her develop and introduce the games of Minky and Half Field hockey (both modified rules for juniors) to be promoted at primary schools throughout Australia.