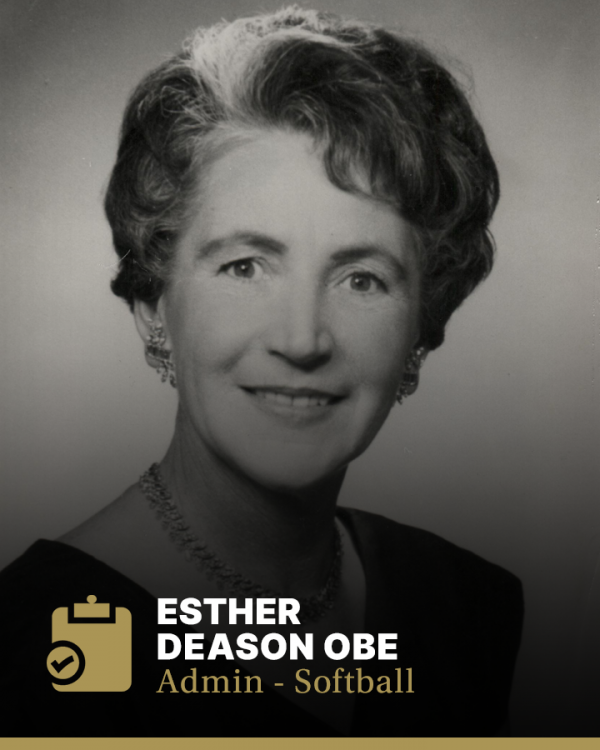 Esther Deason served as an office bearer of the then Australian Women’s Softball Council for 33 years from the foundation of the Council in 1949 until 1982. Initially elected as Treasurer, she served in this position until 1967 when she was installed as the first elected President of the Council.

Within Australia, Deason played an integral role in the development of the fledging sport -forming clubs in Melbourne, initiating a Victorian championships, managing the Victorian team at the first Australian championships and was a key member of the Organising Committee for the first international competition with New Zealand in 1949.

Deason also played a major role in the introduction of an Umpires Examination System in 1954 and was subsequently foundation President of the Australian Softball Umpires Association, as well as being elected the Australian Umpire-In-Chief from 1955 until 1971.

Deason’s endeavours have also had a significant impact on the international development of the sport. Her vision, perseverance and efforts were rewarded with the staging of the inaugural Women’s World Softball Championship in Melbourne in 1965. Deason chaired the Organising Committee for this event, which also gave rise to the first effective meeting of the International Softball Federation, which first met in 1966. Deason was the first Australian representative to this Congress and served the ISF for 16 years.