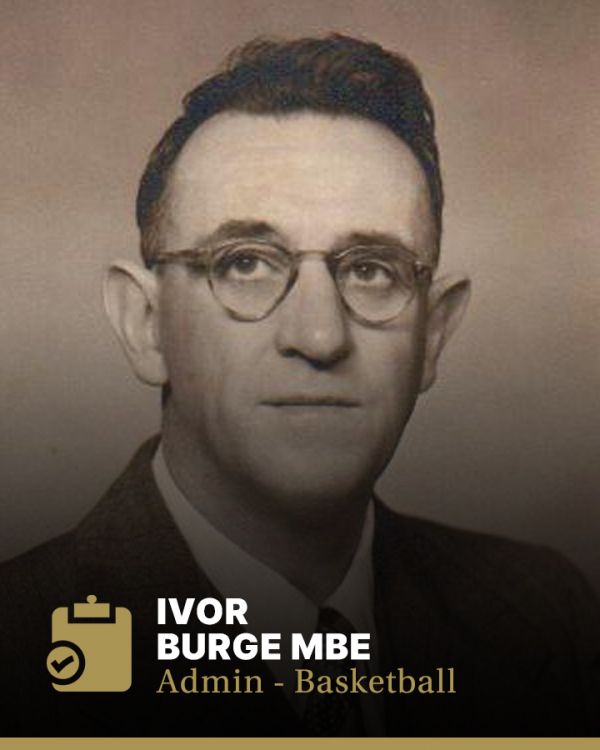 Widely regarded as the ‘Father of Basketball’, the late Ivor Burge is responsible for bringing the game to our shores. Burge produced the first standardised basketball rulebook in Australia and was influential in establishing a national body for the sport. He was one of four representatives that came together in 1939 in Melbourne with the main objective of establishing a body to control the sport of basketball in Australia – the Australian Basketball Union, the predecessor to what is now known as Basketball Australia.

Burge founded the Victorian Basketball Association in 1931 and was made a life member of the Association. In February 1941, he was appointed the first Director of Physical Education at the University of Queensland. He introduced basketball to the Queensland University Medical Faculty and coached basketball at the Brisbane YMCA.

In 1946 Burge was involved in the writing of the Constitution of Basketball Australia and founded the Queensland Amateur Basketball Association, becoming its first President, a role he maintained until 1954. That same year at the age of 44, he was captain/coach of the first Queensland team to contest the first Australian men’s basketball championship.

Burge continued to coach Queensland teams at Australian championships until 1954 and became the first life member of the Queensland Amateur Basketball Association in 1956. He was also appointed to the Technical Committee for Basketball at the Melbourne Olympic Games.

In 1983, he became a Member of the Order of the British Empire (MBE) for his services to the University of Queensland in the field of physical education and basketball. In 1992, he was awarded life membership of the Australian Basketball Federation and in 2004 was an inaugural inductee into the Basketball Australia Hall of Fame.