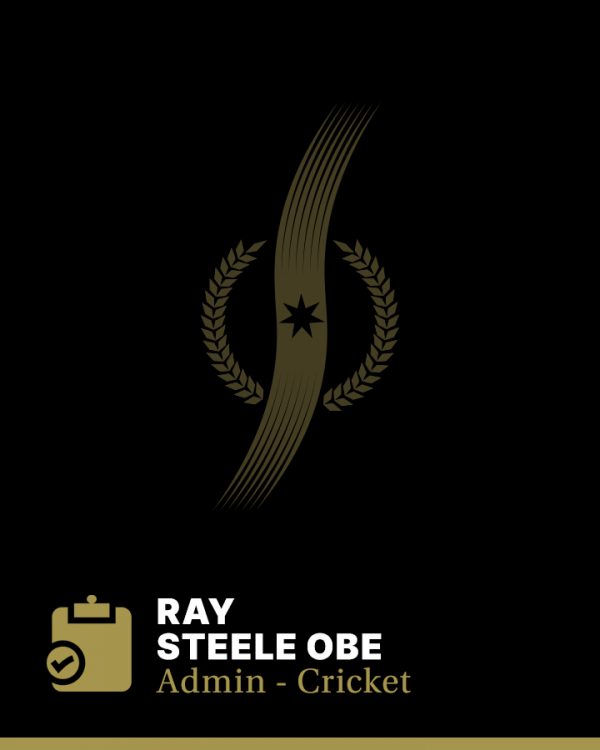 Steele was president of the Victorian Cricket Association (VCA) from 1973 and was a member of the VCA Executive from 1956. He was involved in the organisation of the 1977 Centenary Test in Melbourne and the 1985 Benson & Hedges World Cup Championship of cricket which included all seven Test playing nations in a series of one day matches.

Before turning his hand to cricket administration, Steele captained the Victorian Amateur Australian Football team in 1939 and played VFL football for Richmond from 1940 to 1943.

In 1977 Steele was made an Officer of the Order of the British Empire (OBE) for his service to cricket.