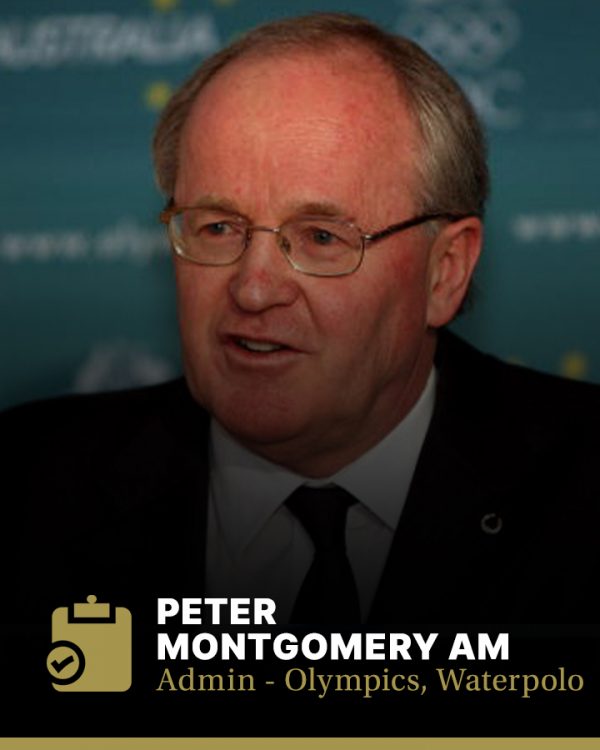 Given that impressive playing record, it is remarkable that his place in Australian sporting history owes as much to his efforts out of the pool as in, but since his retirement from competition in 1984 Peter Montgomery has served the Australian and international Olympic movement ceaselessly.

He spent 20 years on the Australian Olympic Committee, was a member of the Sydney 2000 bid team, was Deputy Chef de Mission for Australia at four successive Olympics and inaugural President of the World Olympians Association. He has served on six bodies of the International Olympic Committee.

Peter Montgomery has had a role as player or official at every Olympic Games since 1972.

He was a member of the water polo teams at Munich in 1972, Montreal in 1976, Moscow 1980 and Los Angeles 1984, where he was captain. It was during the Los Angeles games that he was appointed Honorary Secretary of the FINA water Polo Technical Committee and the following year was appointed as the first chairman of the AOC Athletes Commission. He became vice-President of the AOC in 2001.

He has served Australian Water Polo continuously since 1982 as Treasurer, Vice President and Patron.