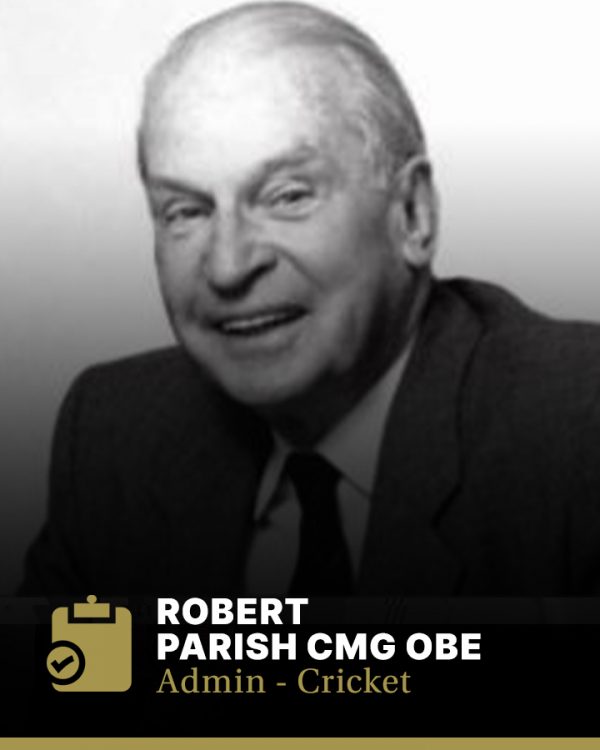 He is remembered at Prahran as having done everything from sweeping the floors to marking out pitches, painting the scoreboard and broadcasting scores. He became Prahran’s fourth President in 1954/55 and managed Australian teams to the West Indies (1954) and England (1968).

Parish was an incredible and remarkable servant of the game. His dedication and his ability to work through challenges and difficulties, in particular those around the World Series Cricket agreement in 1979, were substantial.

He worked tirelessly to have South Africa return to world cricket such was his devotion to work for the betterment of the game. The benefit of that agreement to Australian cricket and cricket around the world has been phenomenal.

Parish was scrupulously fair and his integrity was beyond reproach. He was a great confidant of the late Sir Donald Bradman, a mentor to those around him, and he gave tremendous assistance to other administrators during and after his time.