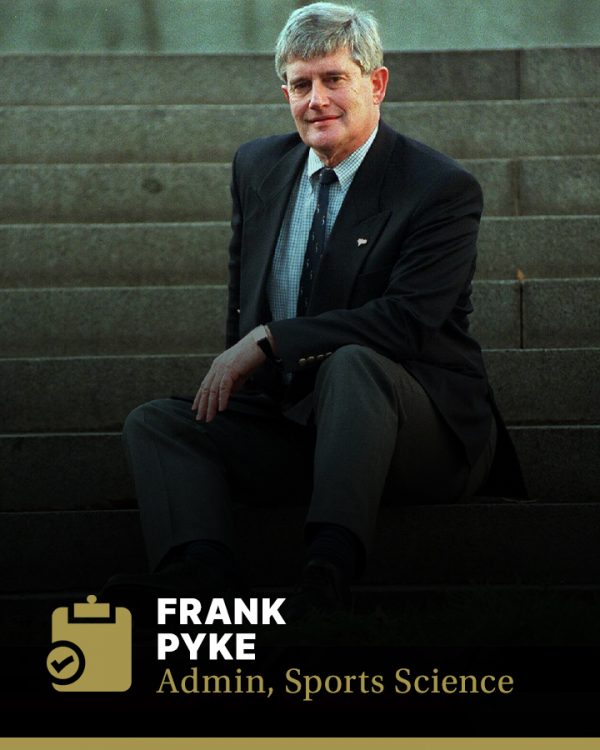 Dr Frank Pyke has made an outstanding contribution to Australian sport over more than 30 years.

Pyke first came to prominence as a sports scientist with his work with Australian cricketer Dennis Lillee in the early 70s. Pyke developed and supervised the rehabilitation of Lillee after he suffered a career threatening back injury whilst touring the West Indies in 1972. Lillee was able to return to cricket and eventually become one of the greatest wicket takers for Australia.

Pyke was the first Executive Director of the Victorian Institute of Sport (VIS) and managed its development into the leading state based Institute of sport in Australia from its formation in 1990 to his retirement in 2006.

Before taking up the position at the VIS, Pyke taught at several Universities in North America and Australia and was Professor of Human Movement Studies at the University of Queensland.

His contribution to the elite level of sport has indeed been quite remarkable and the success of the VIS not only in the medal count for Olympics, World Championships, and Commonwealth Games but in other related areas has broken new ground and has achieved international recognition as being world’s best practice.

Perhaps the most significant in the list of these achievements has been the development of the Athlete Career and Education (ACE) program for the career planning, development and the education and training of elite athletes. The ACE program not only has become the program nationally for elite athletes, international sporting institutes have also successfully adopted it.