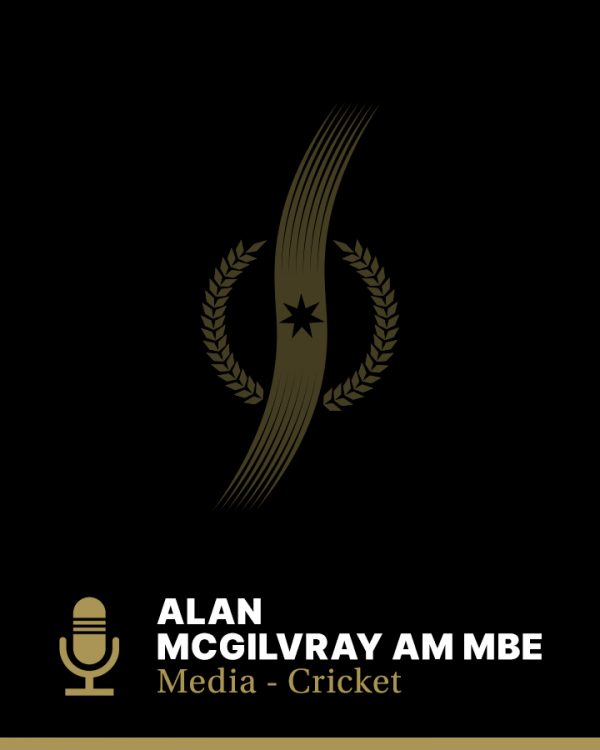 Alan McGilvray was the authentic voice of Australian cricket during his time with the Australian Broadcasting Commission. He played 20 matches for New South Wales, some as captain, so his credentials were impressive when he started his broadcasting apprenticeship with big names such as Vic Richardson and Johnny Moyes. But once appointed to the big job he gave it distinction like it had never had before. He was paid the supreme compliment on overseas tours when Australian captains and team managers sought his advice on tactics and the conduct of matches.

For many Australians their cricket education began with McGilvray, and the standards he upheld in the behaviour of players and ethics of the game are widely accepted. It would be hard for administrators of the Australian game to find a better advocate of sportsmanship and playing to the spirit of cricket. He was a staunch believer in good manners and high standards of decorum on and off the field.

McGilvray was an outstanding close to the wicket fieldsman, left hand opening batsman and right arm medium pace bowler. He made his debut for NSW against Victoria at the MCG in December 1933, and had the unusual distinction later in his debut season of captaining NSW against Western Australia in only his third first-class match. McGilvray lost the NSW captaincy in 1938 when officials objected to him commenting on the radio on the matches in which he played. He preferred his radio work to cricket when compelled to make a choice.

The end of McGilvray’s first-class playing career coincided with the start of his new life as a cricket commentator. Commencing with daily reports at the conclusion of play in Shield matches, he was a pioneer in the description of play of Test matches in England in 1938; relying on ball-by-ball cables from the other side of the world, McGilvray would embellish the details with artificial sound and commentary that gave the impression he was at the game.

After the war, McGilvray’s career behind the microphone continued with the Test series against England in 1946/47, and he embarked on his first overseas tour in 1948, alongside Bradman’s Invincibles. He soon developed into an impressive broadcaster; possessing a fluent delivery, he made his first priority to describe the action on the field, and his performance was often noticeably different from the more conversationalist methods of his English counterparts. As well as regular visits to England on Ashes tours, McGilvray also worked on tours of South Africa and the West Indies, and developed such a reputation that he was accorded a standing ovation from the crowd when he commentated for the last time on a Test match in Australia.

Later in his career, his broadcasts were smooth, measured, with his words just a little ahead of the play. The drama came when he corrected his description of an incident, when a listener heard that the ball had not reached the boundary as McGilvray said but had been brilliantly caught by a fieldsman.

Towards the end of this career, he turned his attention to documenting his many experiences and views on paper through a series of entertaining books. Even in old age, he maintained an active interest in the game. He retired from the ABC in 1985.