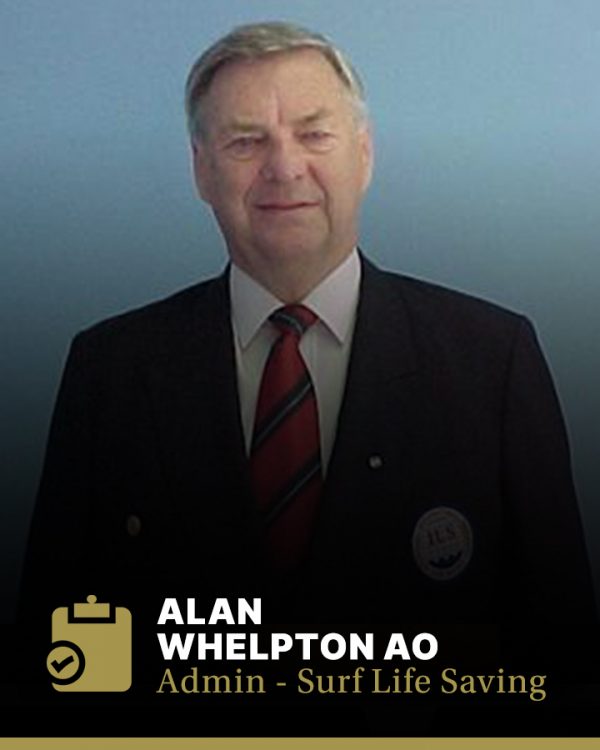 Surf life saving would not be the sport we know it as today if it had not been for Alan Whelpton. Whelpton was president of Surf Life Saving Australia from 1975 to 2001 retiring to accept the position of president of the International Life Saving Federation having seen his beloved sport grow more than three fold during his term as president.

Whelpton introduced the Surf Life Saving World Championships in 1981 after forming a team of Australians to organise the event. He was the first secretary general of World Life Saving, which was founded in 1971. He served as chairman of the Surf Life Saving Australia Westpac Helicopters from 1973 to 2001 and in 1992 was honoured with life membership of International Life Saving.

Inspiration: “To spread Surf Lifesaving and Lifesaving throughout the World”