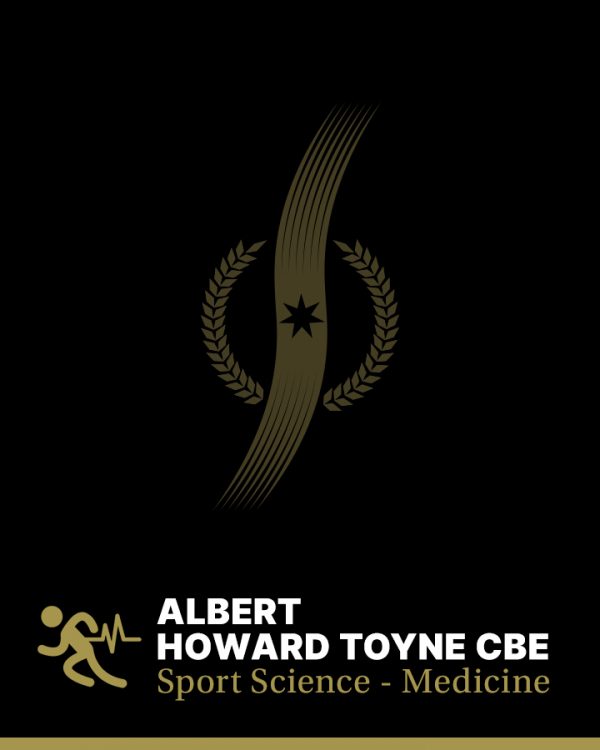 Howard Toyne was a pioneer of sports science in Australia. He worked as a doctor with Australian teams at the 1956 and 1964 Olympics and was a founding member of the Australian Sports Medicine Federation. Realising the 1968 Mexico City games would be held at altitude, he obtained a grant from the AOC to conduct studies on athletes training at Falls Creek in the Victorian Alps and then applied this information as Chief Medical Officer to the ’68 Olympic team. He was instrumental in getting a world sports medicine conference staged in Melbourne in 1974 and served on the executive of the Federation Internationale Medicine Sportive from 1972-82.

Albert Howard Toyne -known throughout his sporting career as Howard, rather than Albert -was born in 1920 and graduated in medicine in 1944. His career as a sportsman was brief, playing a handful of games of Australian Rules football with East Fremantle while station in WA with the RAAF in 1945, and it was not until a decade later, when he returned to Australia after obtaining his fellowship of the College of Surgeons, that he became involved with cycling. It was that connection that saw him working with the Australian team at the 1956 Olympic Games in Melbourne and which fanned his interest in sports medicine and sports science. He became a foundation member of the Sports Medicine Association when it was formed in 1963 and travelled to Tokyo in 1964 as doctor to the Australian Olympic team. He also served subsequently as doctor to the Australian men’s hockey team.

The 1968 Olympics were scheduled to be staged in Mexico City and Howard Toyne became concerned about the effect on athletes of performing at high altitude, He obtained a small grant from the Australian Olympic Committee to take a group of athletes to Falls Creek in the Victorian Alps to study these effects.

His enthusiasm for sports science led to him being appointed as “sports medicine liaison officer” to the Australian Olympic Committee (a position he until 1973) and he lobbied intensely for Government support to stage the 1974 World Conference of the Federation Internationale Medicine Sportive in Melbourne. He also served on the executive of the FIMS from1972-82.