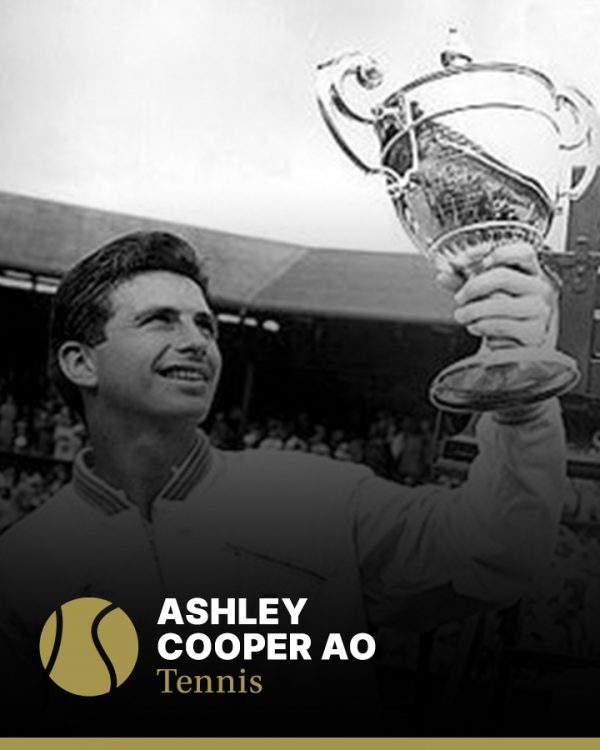 Cooper played Davis Cup for Australia, triumphant in 1956, 1957, and making the finals in 1958. In 1957, he joined with Anderson to successfully defend the Cup against the US, winning 3-2. He won two of his four Cup singles matches. Cooper spent three years, 1956 to 1958, in the world top ten, and was number one during the last two years.

A solid tennis player with excellent concentration, an athletic 5-foot-10, he turned professional in 1959 and among other victories won the European Grand Prix in 1960. Cooper’s fine backhand return of service enabled him to effectively counter leading left handers such as Mervyn Rose, Fraser, and Rod Laver.

Upon retiring as a player, Cooper settled in Brisbane to operate a large family tennis and squash complex before serving as a tennis player development administrator with Tennis Queensland. He presently also sits on the Board of Directors for Tennis Australia.

Cooper was inducted into the International Tennis Hall of Fame at Newport, Rhode Island, USA, in 1991.