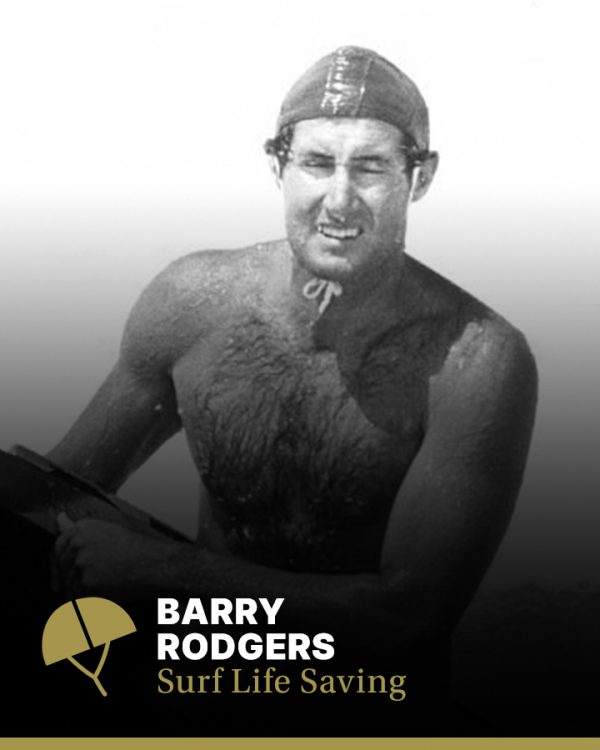 Barry Rodgers is considered by many to be one of the greatest surf all rounders. Powerfully built, his performances in all types of seas stamped him as a true ‘gladiator of the surf’.

Rodgers joined Maroubra Surf Life Saving Club when he was 14 in the 1954/55 season, and was mainly interested in swimming. Competing in all types of events, his record speaks for itself, winning a total of nine national titles, 13 state titles as well as numerous club and district championships.

The next 15 years saw Rodgers dominate the Australian senior surf scene, from the surf and belt events to the Iron Man, Malibu and Long Board titles, notably winning the national senior surf title in 1962/63 and three consecutive national Iron Man titles, 1966/67, 1967/68, and 1968/69. He represented Australia in the USA in 1964/65, New Zealand in 1966/67, and South Africa in 1968/69, the latter two as captain of the Australian team. He was an inspiration to all competitors and for his team efforts, was voted by South Africa as the finest lifesaver and fiercest competitor ever to visit their shores. The USA and New Zealand were quick to agree that whilst Barry was captain and competing, Australia was unbeatable.