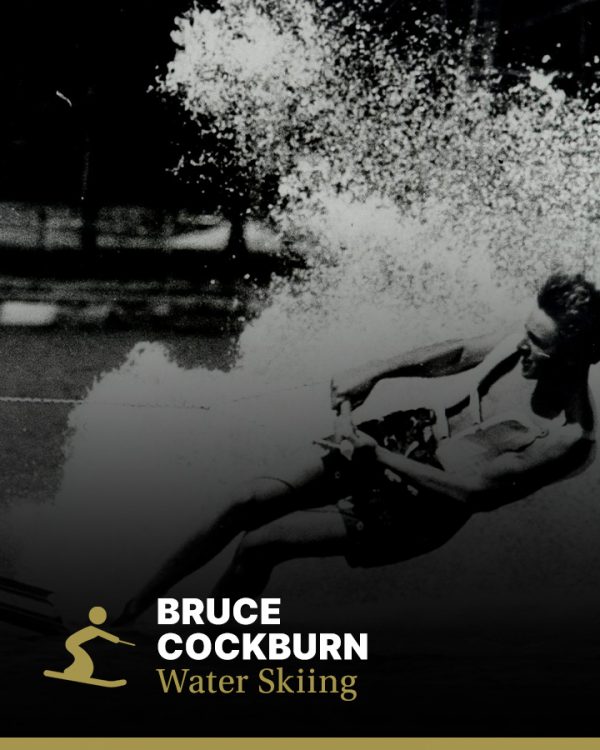 Bruce Cockburn won the World Trick Water Ski Championships at Copenhagen in 1969 and dominated Australian water skiing in the 1970s. With that victory, Cockburn became the first individual from the Australasian region to win gold at the World Championships, and he retained that unique distinction until fellow countryman Geoff Carrington won the Men’s Jumping in 1985. At the 1973 world title in Bogota, he finished second in the ‘tricks’ and in 1975, he was second in the ‘jump’.

Cockburn’s family was very much involved in the sport. He was taught to ski by his father and brother, Graeme, and sister, Lesley, who were both world-class skiers. He won his first major title when he was 12 and the state junior titles in 1966 and 1967. He won the New South Wales and Australian men’s opens from 1969 to 1976, with injury forcing him out of competition in 1977. Cockburn won the tricks eight times, the jump seven times, and the slalom four times at the Australian titles from 1967 to 1979. He was overall points-score champion eight times.

Cockburn continues to compete in senior divisions while actively participating in the administration of the sport as Australian Technical Director and as a member of the Australian Tournament Council for the last 15 years.

Cockburn was the first Australian into the International Water Skiing Hall of Fame.