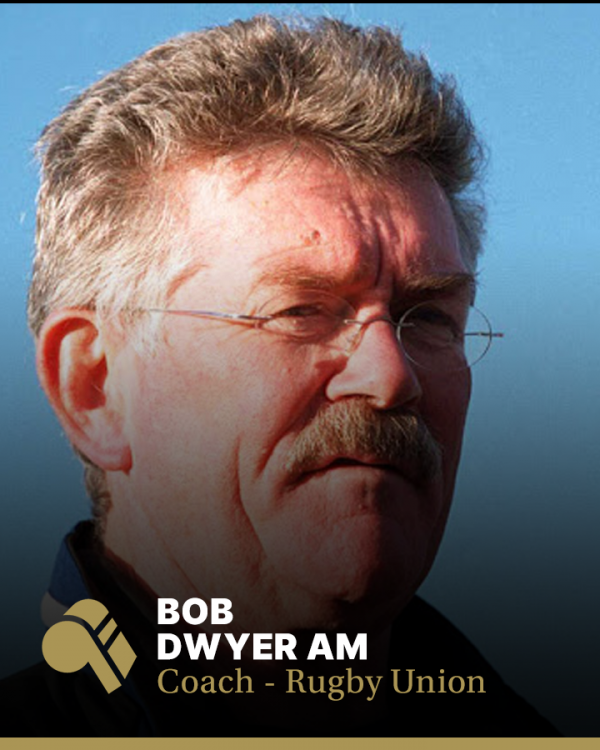 Bob Dwyer AM was inducted into the Sport Australia Hall of Fame in 1991 as a General Member for his contribution to the sport of tugby.

In 2002, Dwyer was the man who lifted the Waratahs to their first ever Super 12 championship play-off. Dwyer has been enormously influential in world rugby for more than two decades.

As a coach, Dwyer has scaled the very heights in the game, highlighted by Australia’s victory in only the second World Cup ever played – against England at Twickenham in 1991. He was in charge of the Wallabies for ten years – in 1982/83 and from 1988 to 1995.

Dwyer coached Australia in 74 Tests and in 144 matches overall, winning 99 of them. His strike rate (70%) makes him one of the most successful coaches in Australian rugby history.