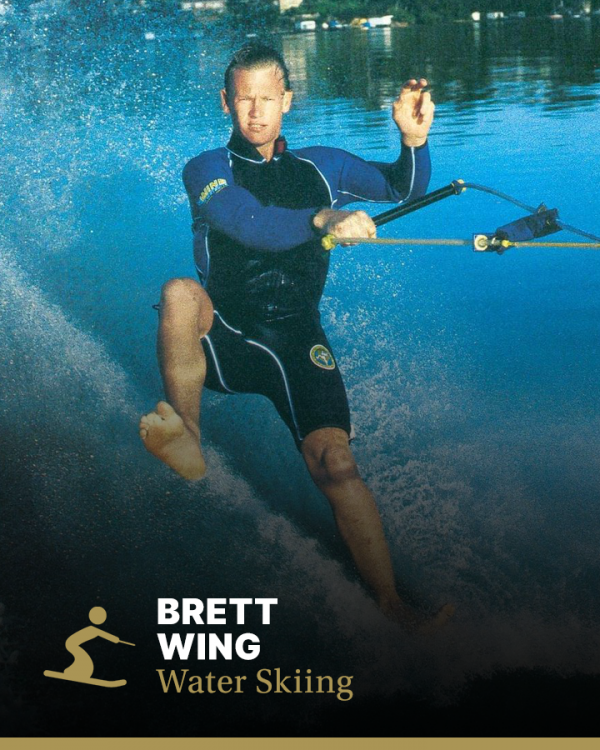 Brett Wing was inducted into the Sport Australia Hall of Fame in 1987 as an Athlete Member for his contribution to the sport of water skiing.

Wing began his barefoot water skiing career at the age of eight, when he passed the test conducted by the Australian Barefoot Water Ski Club. After finishing third in the first national title he contested, in 1969, he was never again defeated in state, national or world overall championships.

When he retired from active competition in the late 90s, he had amassed 14 overall national titles and 69 national gold medals. From 1978 until 1982 he established a procession of world records. His barefoot speed world record of 152.8 kph, set in 1979, still stands in Australia.

Brett is a highly regarded coach and exhibition skier, a talent which has taken him to many venues, including a performance for King Hussein of Jordan. Brett has worked to change the attitude toward bare footing from a ski show stunt into a competitive sport, and helped to create the active international competition that we know today.

In 1996, he was inducted into the International Water Ski Federation Hall of Fame -Asian Australasian Region. In 1997 Brett was selected by American Water Ski Hall of Fame as one of the ten greatest skiers in water skiing history.