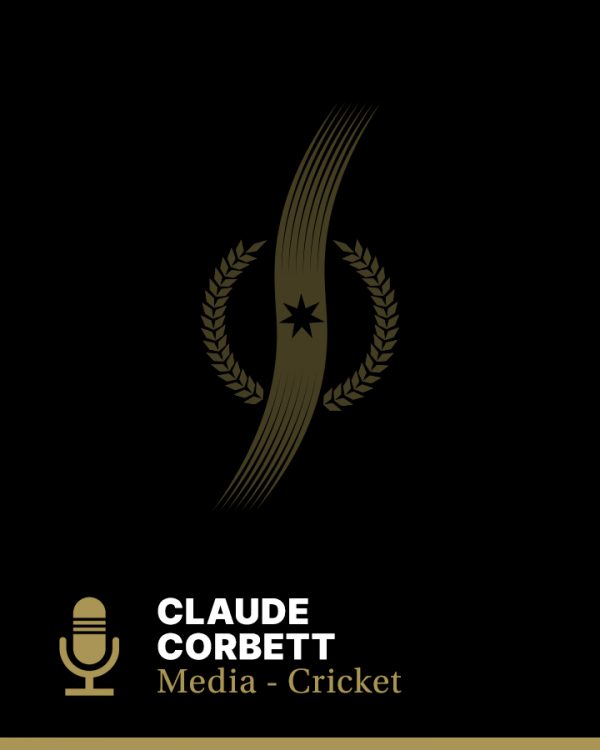 Claude Corbett was an Australian swimming champion in 1901 and later became an accomplished rugby union player. He rose from copyboy to managing editor of the Hugh D McIntosh publications, the ‘Sunday Times’, the ‘Referee’, and the ‘Arrow’, before spending 20 years as sporting editor of the ‘Sydney Sun’, for which he wrote extensively on many sports. Corbett wrote for the ‘Sydney Morning Herald’ and covered the cricket extensively, including the infamous Body Line series.

The Corbetts were a family of sports reporters. For at least 50 years from the start of rugby league in Australia, there was at least one Corbett covering the game for a major Sydney newspaper, and for two seasons in the 1930s there was one at each of the Sydney games. Corbett became arguably Australia’s most famous rugby league reporter

Corbett accompanied and reported on three Kangaroo tours of Britain, the first in 1911/12. A widely respected journalist, he was the first pressman to become a Life Member of the New South Wales Rugby League.

After his death, admirers established the Corbett Memorial Trophy, instituted in 1946, which is awarded to the captain of the winning team in the third Test in each Britain/Australia rugby league series played in Australia.