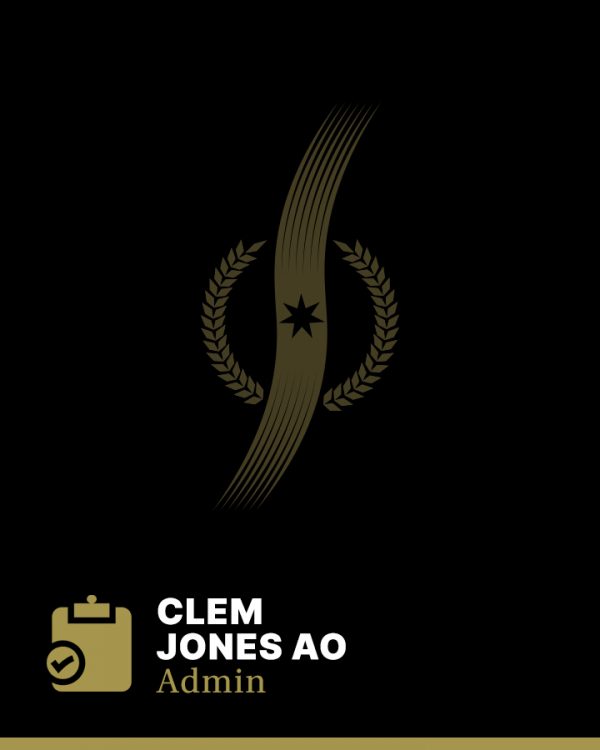 As well as his involvement in cricket, Clem Jones has been heavily involved in a number of other sports including athletics, billiards and snooker, baseball, lawn bowls, basketball, greyhound racing, netball, rugby union and league, swimming, tennis, weightlifting, and soccer.

He was elected Lord Mayor of Brisbane from 1961 to 1975 and was appointed chairman of the Darwin Reconstruction Commission that re-built Darwin after Cyclone Tracey in 1976.

In 1990, Jones was named ‘Queenslander of the Year’ for his efforts during the 1990 floods. In 1976 he was made an Officer of the Order of Australia (AO) for his work in sport and the community.