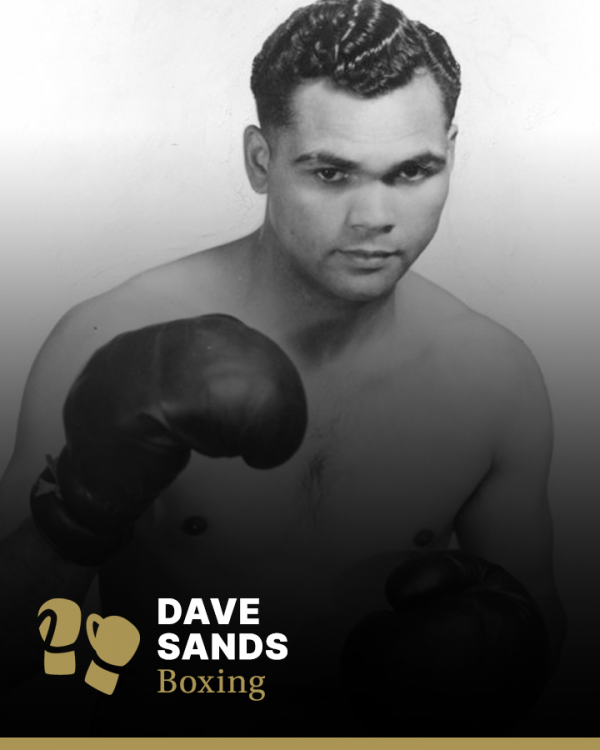 It was in 1940 that the Sands Brothers emerged from the bushland of Kempsey on the north coast of New South Wales, to try their hand in the world of professional boxing, the toughest of all sports. They were to become known worldwide as ‘the Fighting Sands’ and unique in boxing history, for there had been none before and none since to match their deeds, leaving them acclaimed as one of Australia’s greatest sporting families. Dave is recognised as one of the greatest boxers never to have won a world title.

The punching brothers Clem, Ritchie, George, Dave, Alfie and Russell all had the ability and courage above the ordinary, but the star and most gifted of the brothers was Dave, who many claimed was on par with Les Darcy. His boxing career commenced in Newcastle in 1941. In his first fight there he knocked out Leo Corrigan in the first round. His career ended when he was killed at Dungog on August 11, 1952. The truck he was driving failed to negotiate a bend in the road and overturned, ending his life at 26 years of age.

He was one of three Australians to have held three national titles simultaneously (the others were Billy Grim and Paul Ferreri). Although a natural middleweight, he held the middle, light heavy and heavyweight championships at the same time, from 1950 until his death.

In his 110 fights Dave won one state, three Australian, one Australasian and the British Empire middleweight championships in 1949 beating the Englishman Dick Turpin (brother of Randolph) in the first round, rising to be ranked number one in the world. Because of racial prejudice at the time, Dave Sands was promoted as a Puerto Rican, rather than an Australian Aborigine.

He beat future middleweight champion Hawaiin Carl ‘Bobo’ Olson twice, first in Sydney in March 1950 and then 19 months later in Bobo’s adopted hometown of Chicago, Illinois. In the first bout Sands scored a knockdown in round one and then carried the American for the entire 12 rounds, a trait he performed on several occasions in order not to scare off potential rivals.

The men with the money and the manipulators of the sport in the USA determined that Dave was too good to allow such men as Jake LaMotta and Ray Robinson to mix it with the Australian.

Other world renowned boxers to fall before his flashing gloves included Robert Villemain and Henry Brimm, establishing his greatness overseas. Carl Olson, standing in the Madison Square Garden ring after he had won the vacant world crown in 1953 said, “if Dave Sands was alive, this title would be his”.

Dave Sands was well respected for his personal qualities, both in and out of the ring. On one occasion it was said that after Dave won a fight, his managers were celebrating all night, but Dave himself was absent. He was later seen waiting for the train back home from Sydney to Newcastle. When asked why he did not join the celebration, he replied that he was celebrating: instead of his usual one meat pie for supper, he bought two meat pies this time, one eaten while waiting at the railway station, the other to be eaten while travelling on the train.

In his quest for the world title, Sands and his manager Tom Macquire travelled more than 60,000 miles, through two visits to Britain and one to the United States. After Sugar Ray Robinson retired as world middleweight champion, Sands received a cabled offer from British promoter Jack Solomons to fight Randolph Turpin for the vacant title. He accepted and had begun training at the time of his death.

Dave was a fighter who possessed a rare quality that put him far ahead of the common art of the professional boxer. At the time of his death Sands record stood at 97 wins (62 by knockout), 10 losses, a draw and two no-contests from 110 fights.

The man the Americans called the “boxer with the educated left hand” received his due when he was inducted into the World Boxing Hall of Fame in 1998 at a ceremony held in Los Angeles.