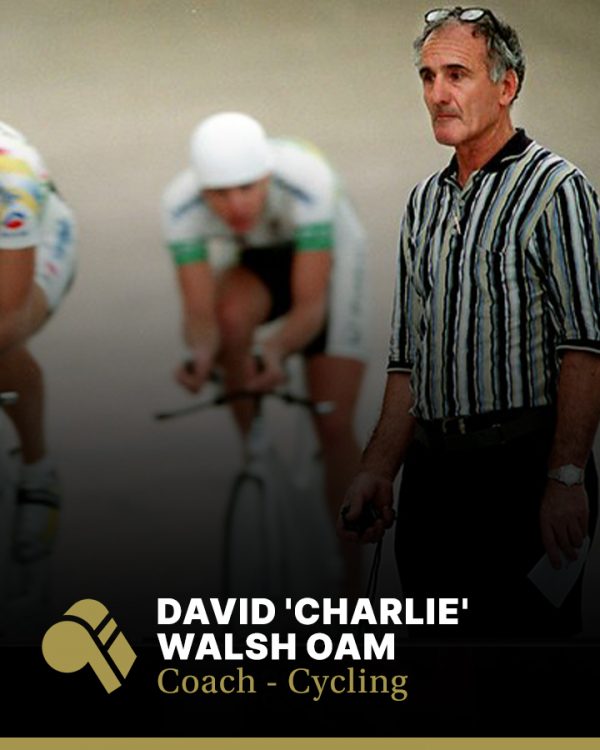 David ‘Charlie’ Walsh OAM was inducted into the Sport Australia Hall of Fame in 1992 as a General Member for his contribution as a coach in the sport of cycling.

Walsh is without a doubt the most successful Australian cycling coach. During his period of influence, Australia became a leader in track cycling and he provided the opportunity for the evolvement of the National Under 23 road team in Italy.

A highlight of Walsh’ career was the gold medal won by the 4000m team at the 1984 Los Angeles Olympics. The win by the Australians was the first cycling gold medal since 1956. The team rode conventional bikes while their opponents rode revolutionary new style bikes. The win contributed significantly to raising the profile of cycling in Australia.

He has been recognised by the world governing body for cycling (FIAC) by being appointed along with one other leading coach to advise FIAC on such issues as coaching development and the structure of events for major competitions such as the World Championships and Olympic Games.

Walsh was recognised for his services to cycling when he was awarded the Medal of the Order of Australia (OAM) in 1987.