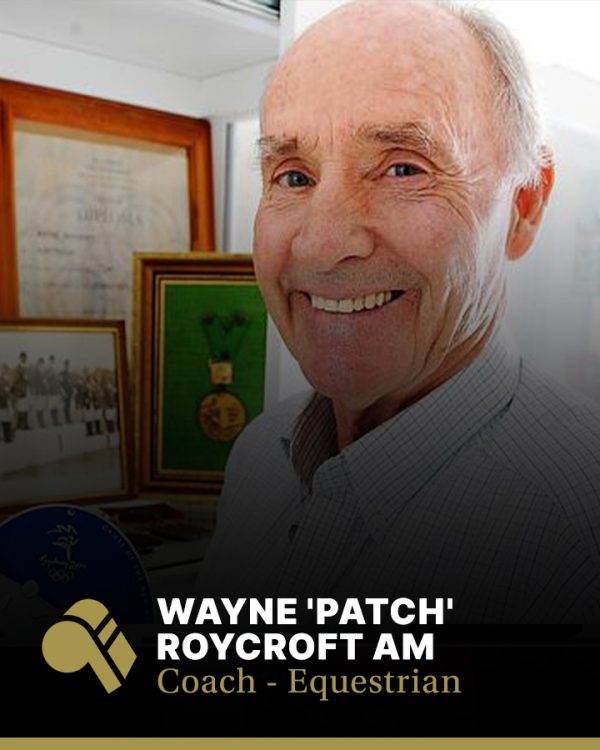 At the 1968 Mexico City Games, Wayne teamed with his father Bill and Brian Cobcroft in the three day event. Wayne finished 8th, Bill finished 15th and Brian finished 13th, combining to win bronze on a treacherous and muddy cross country course 160km outside Mexico City. At the 1976 Montreal Games, Wayne and Bill again won bronze in the three day event with Mervyn Bennett and Denis Pigott. At the 1984 Los Angeles Games, Wayne was the flag bearer at the opening ceremony, making history after Bill had the same honour in 1968.

At the 1992 Barcelona Olympics, he not only coached the team of Matt Ryan, Andrew Hoy, and Gill Rolton to gold, but also Ryan to individual gold. In 1994, Wayne coached his team to fourth place at the World Equestrian Games and in 1995 he coached the squad members at various major international competitions and prepared them for the 1996 Atlanta Olympic Games. He was appointed team coach for the 1996 Atlanta Olympics where the team of Phillip Dutton, Andrew Hoy, Gillian Rolton and Wendy Schaeffer won gold with Schaeffer the highest placed individual in the teams event.

Wayne’s contribution to the sport of equestrian has continued off the field previously being president of the Equestrian Federation of Australia (EFA). His duties as national coach take him around Australia and overseas coaching both the elite and talent squad horses and riders.